20.05.2022 Press and information team of the Delegation to BOSNIA and HERZEGOVINA

Diplomats are used to operating within a framework of nuance and careful language. Often we get criticised for it, but it remains necessary for our work. This also requires us not to have any political preferences and try to understand and respect all perspectives. There are few places where this is more important than in Bosnia and Herzegovina. 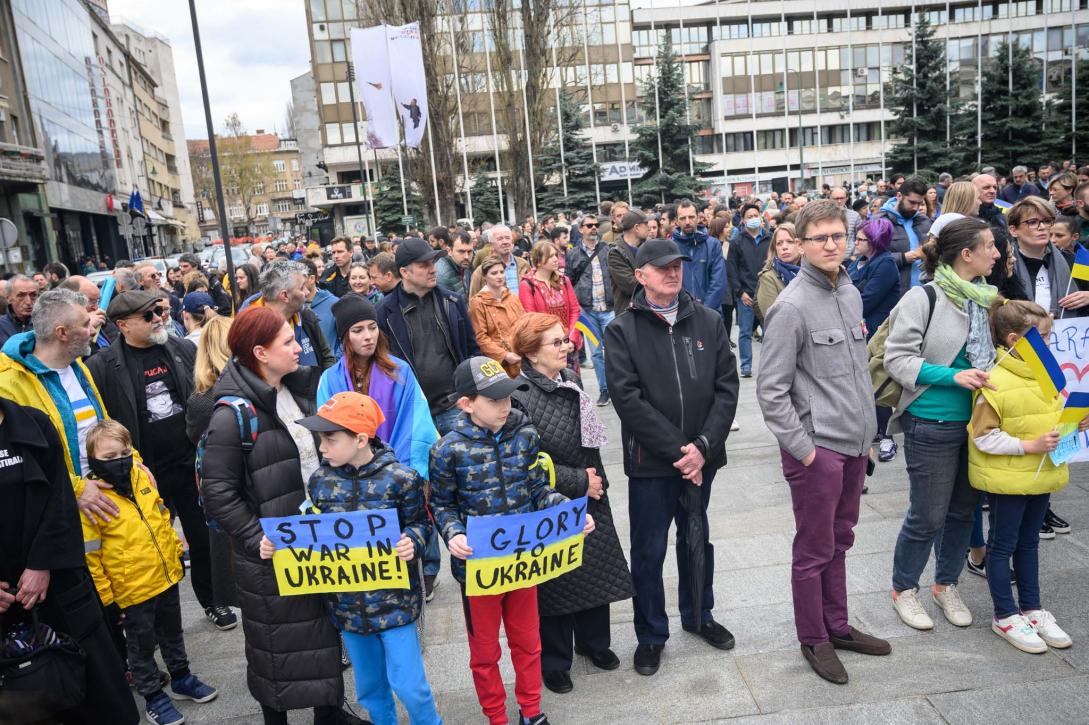 Diplomats are used to operating within a framework of nuance and careful language. Often we get criticised for it, but it remains necessary for our work. This also requires us not to have any political preferences and try to understand and respect all perspectives. There are few places where this is more important than in Bosnia and Herzegovina.

When it comes to recent statements by the Russian Federation, and its representative in Bosnia and Herzegovina Igor Kalabukhov however, the time has come for plain speaking. Russia’s unjustified war of aggression on Ukraine not only undermines the European security architecture, but it violates basic principles of international law including the UN Charter. A couple of days after the invasion of Ukraine, the members of the UN General Assembly overwhelmingly voted to condemn Russia’s actions. For a country that justifiably prides itself on its contribution to ridding Europe from the evils of Nazism during the Second World War, today’s Russia appears to forget that the Nuremberg Trials defined plotting and waging a war of aggression as the ‘supreme international crime’.  In waging a war of aggression against Ukraine, and carrying out mass atrocities that likely qualify as war crimes, Russia is on the wrong side of history. No amount of propaganda or disinformation will obscure this.

Recently, Ambassador Kalabukhov penned an opinion piece in Glas Sprske in which he asked the countries of the Western Balkans to ‘think carefully’ about membership of the EU, and accusing the EU of ‘moral and institutional degradation’ as well as a ‘neo-imperialistic course’. We reject these allegations and veiled threats. The EU is a Union of shared fundamental values, of sovereign member states, who have democratically and independently chosen to become stronger together by working closely with one another.

Member states do not always have to agree with each other – the Union’s motto is ‘United in Diversity’ after all. Yet our 27 members unanimously agreed to impose five sweeping sanctions packages on Russia, sending a clear signal that this illegal aggression has major consequences. That these sanctions, as well as humanitarian and military assistance, were decided on so quickly is also a sign that the EU has learned from past mistakes, including those made in Bosnia and Herzegovina in the 1990s.

Ukraine’s choice to pursue a European future was made democratically. In 2019, 73% of Ukraine’s voters elected Volodymyr Zelensky, a man who predominantly used the Russian language in his acting career before entering politics, a Jew who lost family members in the Holocaust, and the grandson of a soldier who fought to liberate Europe from Nazism. This is the man that Russia claims is oppressing Russian speakers and whose country needs to be de-Nazified. It is a cynical and shameful propaganda campaign that Russia is using against a sovereign nation to support a war of aggression. This is not neo-imperialism, but actual imperialism of the most traditional kind.

The countries of the Western Balkans have a clear choice. To join a Union of values, where diversity is respected and protected, or to align with the world’s autocracies. The EU is built around protecting individuals’ religious, cultural and identity rights.  Embracing a European identity does not mean replacing existing identities, but complementing them. Joining the EU is not forced on anyone. Only the people of this region, and the governments they elect can make it.  With opinion polls in Bosnia and Herzegovina regularly showing over three quarters of the population in favour of EU accession, where the public stands on this issue is clear.

Today, European Council President Charles Michel will arrive in Bosnia and Herzegovina. He is the latest top-level EU official to visit with the intention of finding ways to translate public support for the EU into concrete progress on the key reforms that are needed for this country to become a member. These reforms are necessary for any country to be able to successfully take part economically and politically within the Union. The people of this country understand that these reforms are necessary. Because peace, stability and prosperity across the European continent are founding principles of the EU, we will continue our support for these reforms and for the region as its biggest investor, partner and donor.

The reforms that form part of the EU accession process will demonstrably improve the quality of life for people in the Western Balkans, as they have improved life in all countries that have already joined the EU. Leaders in Bosnia and Herzegovina need to show the courage to turn their people’s aspirations into concrete actions.

And never forget that when it comes to history and values, it is clear who is on the right side of history, and who is in the wrong.

Keeping the Horn of Africa and West Indian Ocean safe