You have good reasons not to care about politics – but this also means you should vote!

01.10.2022 Press and information team of the Delegation to BOSNIA and HERZEGOVINA

In Bosnia and Herzegovina, all too often, you hear the words, “I do not care about politics”. And indeed there is much to dislike and reject about the current state of politics in this country. But the way to make a difference is through voting, not by turning your back! 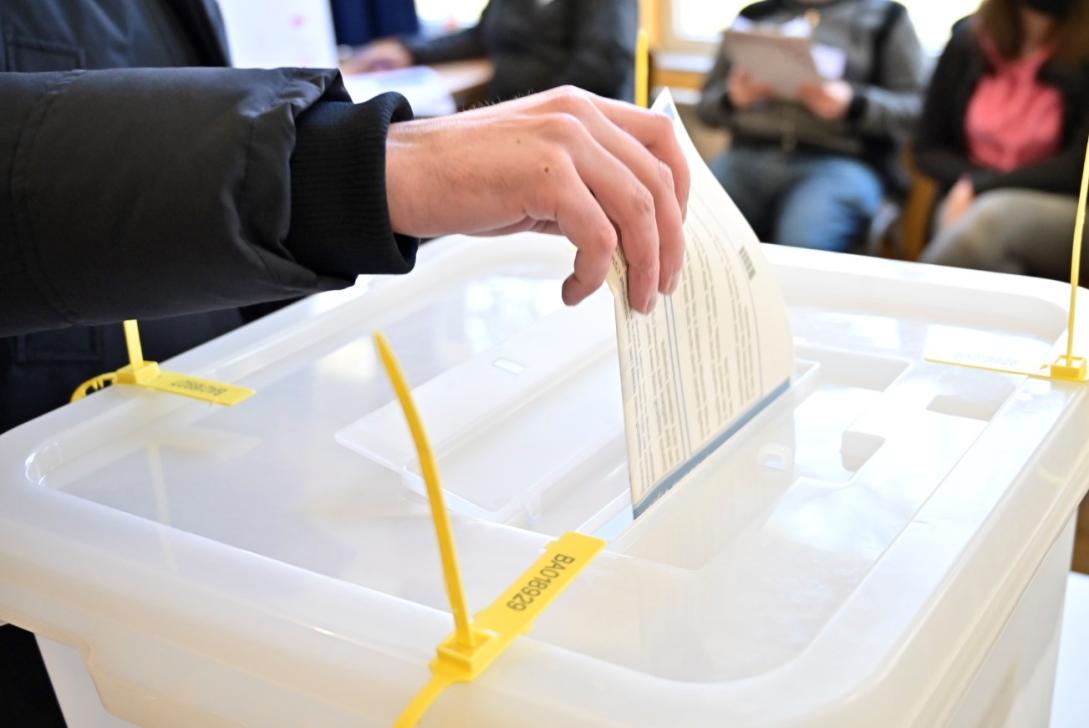 In Bosnia and Herzegovina, all too often, you hear the words, “I do not care about politics”. And indeed there is much to dislike and reject about the current state of politics in this country. But the way to make a difference is through voting, not by turning your back!

Too much of the political discourse focuses on identity and supposed differences, but these issues cannot improve your daily lives. The current system of politics has done very little to advance the interests of citizens, to listen to your aspirations and to propose a vision for the future. However, disliking the nature of the current political game, and hating what politics is about is not the same thing. Politics is about you expressing your wishes about who you think will deliver the best policies and decisions for you and your family. Elections are about the quality of healthcare and education, creating the conditions for economic and job growth, fighting corruption, protecting the environment, and even bringing people closer together as opposed to dividing them through fear mongering and artificial crises. It is about creating a country which makes progress on issues that matter to you. The more you hate political games, the more reason for you to vote on 2 October. Let your voice be heard!

I am often told that the voting process is not to be trusted. There are still too many irregularities and credible claims of fraudulent practices. But the best way for you to combat this is go out and vote in droves. The more validly casts ballots there are, the more difficult it is for fraudulent and corrupt practices to affect the outcome of the elections.  If you become the subject of fraud or witness suspicious and fraudulent activities, please report it to the relevant authorities such as the Central Election Commission. Civil Society Organisations such as Transparency International and Pod Lupom are also collecting information on fraud and reporting it to the authorities. They can help you as well. We have full trust in the CEC’s readiness to address voting irregularities and fraud and we are already seeing the positive effects of its proactive approach. Over the years, the CEC has significantly improved its procedures and regulations to be even more effective to fight fraud, but they need to be prompted to act, and you can help. We also count on the police and prosecutors around the country to do their job and they have been urged to investigate suspicious acts.

It is also often stated that voting does not matter – the results are always the same. This is not true. In fact, many of the key electoral races are very close. In past elections, a few thousand votes could have made a difference. So no matter which party or candidate you vote for, your vote matters and will be decisive. Even a few votes more or less per polling station would have been enough to decide some of the closest races.

It is also often stated that whatever the result, policies will stay the same. Based on what we see on a daily basis, we also reject this idea. We see municipalities, cantons and individual officials around the country where good governance brings results for citizens. It tells us it is possible to elect politicians who will deliver.

It is our hope that in the next four years, the country’s EU path, which is overwhelmingly supported by this country’s citizens, from Trebinje to Brcko, from Livno to Tuzla, from Visegrad to Bihac, will not be held hostage. We are deeply committed to supporting Bosnia and Herzegovina make progress towards the EU. Strengthening democracy is a key priority on this country’s European path, and this is one of the reasons that we are carrying out a get out the vote campaign called #SvePocinjeIzborom, in order to encourage as many people as possible to exercise their democratic right to vote.

Ultimately, voting is about holding politicians and governments to account and signalling what is important for you.  Many people around the world crave for the right to do this. The problems facing Bosnia and Herzegovina are so numerous that what the country needs is bold leadership with a clear popular mandate to carry out reforms that advance your interests, including advancing on the European path. We ask that you all go out to vote on 2 October keeping this in mind.

Opinion piece by the Head of the Delegation of the EU to BiH and the EU Special Representative in BiH, Ambassador Johann Sattler