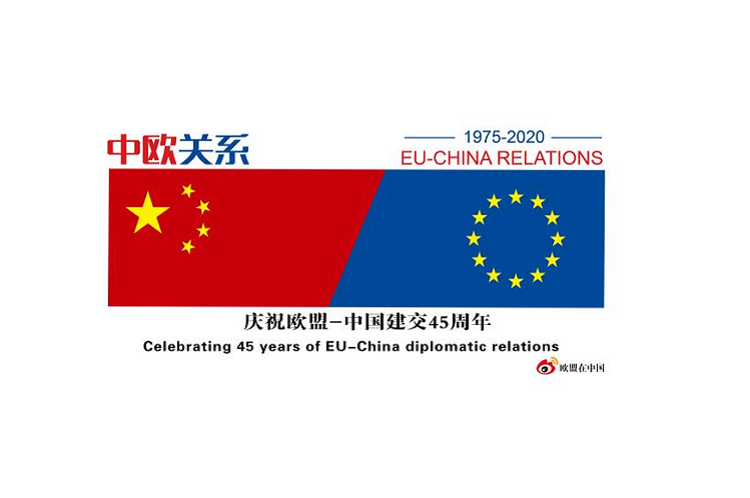 This year we celebrate the 45th anniversary of diplomatic relations between the European Union and China, established on 6th May 1975. It is an important milestone in an ever more important relationship between our union of 27 European states and China.

We have come a very long way since 1975. At that time, the EU was made up of just nine member states. China was only beginning to open up and had yet to undergo its formidable economic transformation. Trade between our two sides was miniscule; now, in normal times, the EU and China engage in 1.8 billion euro of trade per day with each other.

We cooperate in more areas than ever before, including political, economic, financial, scientific, educational and cultural. We both have obvious shared interests in the peaceful resolution of global conflicts, climate change mitigation, sustainable development, food and energy security, nuclear non-proliferation and social justice. And we share a common aspiration to bring our relationship to an even more productive level in the years to come, as connectivity increases between Europe and Asia. While we have our differences, notably on human rights, our partnership has become mature enough to allow frank discussion on these issues. We both see merits in upholding and defending multilateralism, with the UN and WTO at its core.

As recently as mid-January, the year 2020 had been hailed as a crucial one for EU-China relations, with numerous high-level meetings aimed at deepening EU-China cooperation. But the outbreak of the coronavirus in China, and its subsequent spread to the rest of the world over the past three months, has meant that our pre-existing plans have been temporarily side-tracked as both the EU and China are fully mobilised to tackle what has now become a challenge of truly global proportions. However, we are currently rescheduling the annual EU-China summit, which was originally due to take place in Beijing in March, and plans for a special summit of leaders of EU Member States and China in Leipzig in September are on track.

It is already clear that the pandemic will reshape our world. But precisely how will depend on the choices that we make today. The coronavirus should be seen as the world’s common challenge. It is clear that a global pandemic requires a global response.

The EU is playing its role and doing everything possible to manage the crisis and its consequences. We are acting with determination to protect our citizens, public health, and avoid further spreading. Among our 27 member states, there is a strong commitment to solidarity, mutual support and joint burden sharing with a view to mitigating the economic shock that the virus has wrought on our countries.

We are also helping to alleviate the dramatic economic consequences this crisis will have globally. With our partners around the world, we are developing a common international approach to fight the pandemic, and to assist the most vulnerable, not least those in developing countries and conflict zones. On 4th May, the EU hosted the Coronavirus Global Response Summit, an international pledging conference to raise billions of euro for vaccine research, in which China also participated. The guiding principles for this global effort should be partnership, solidarity and transparency.

At different stages of the pandemic, there has been reciprocal assistance between Europe, China, and others, demonstrating mutual support. The EU supported China when it was overwhelmed by the outbreak at the beginning of the year, with large donations of much-needed equipment. And now China is returning that support when Europe is in a time of need. That is how true partners act.

In addition to medical equipment, there is a real need for macro-economic assistance and significant debt relief for highly indebted countries. So once we join forces to beat back the virus, the next steps will be to join forces to forge a global economic recovery. The best way to accelerate the economic recovery is to expand trade. This is where, as major global players, successful cooperation on the EU-China bilateral front will be even more important. We will need more trade and investment on both sides, so a swift conclusion of negotiations on the EU-China Comprehensive Agreement on Investment will be crucial to this end.

But let’s also cooperate to make this a green recovery. A close partnership between China and the EU is key in making global climate efforts successful. Both the EU and China need to lead the way by making ambitious commitments on climate change by the end of this year. We also need to work closely together to foster new opportunities to promote green and sustainable solutions. Jointly investing in clean energy technology and infrastructure will be key to this end. Another key focus should be engaging the public in both the EU and China, as well as strengthening our research cooperation on climate change. In addition, the consequences of climate change have a disproportionate impact on already vulnerable groups, such as women, children and those living in disconnected and underdeveloped areas. So let’s join hands to invest in smart and green solutions for a more sustainable and healthy planet fully adhering to the universal principles of the Universal Declaration of Human Rights.

The world initially met the crisis in an uncoordinated fashion. It is now clear that the only way out of it is together. And that is also true of the many other areas in which the world needs the cooperation of Europe and China, such as climate action, peace and security, sustainable development and upholding the multilateral global order. The EU and China can push forward all of these and more, together.