Conference: “The Sakharov Prize and the brave people of Ukraine. Defending democracy and human rights against the horror of war” 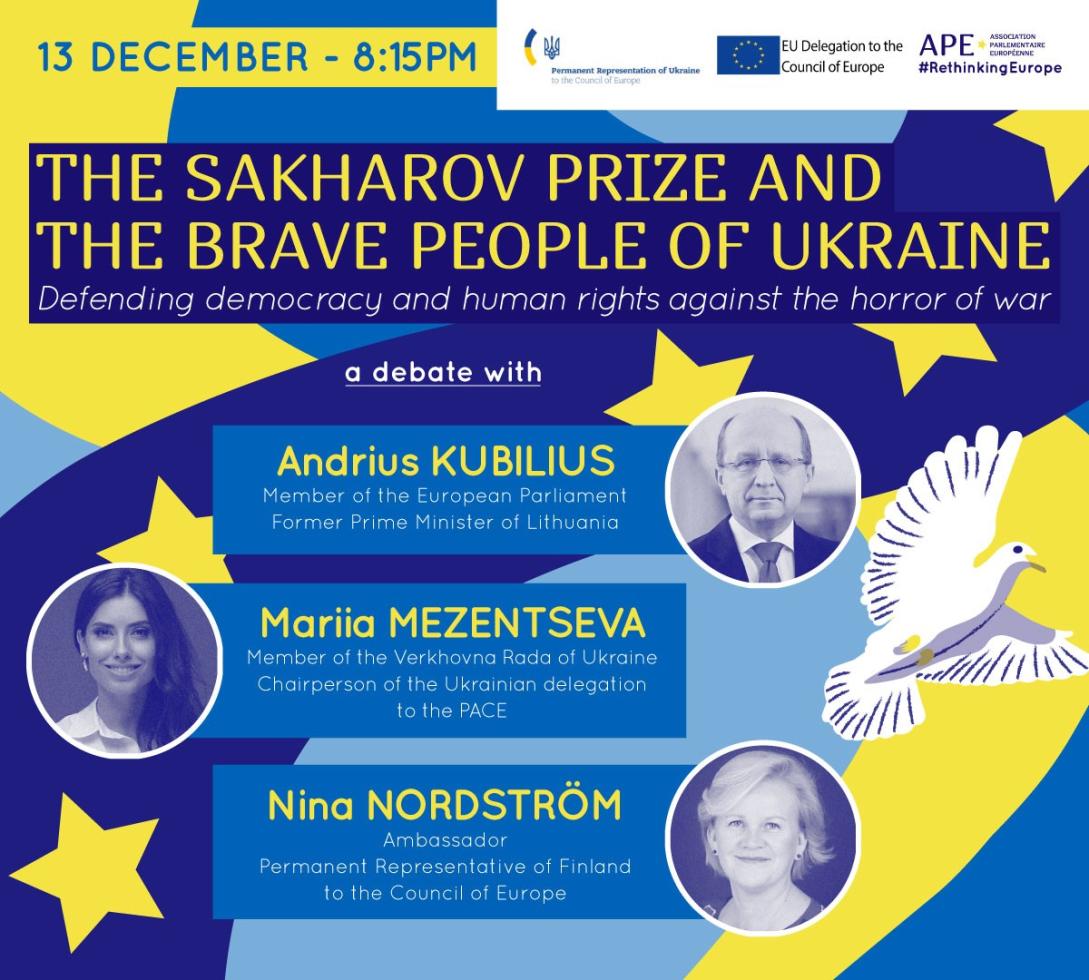 This year, the people of Ukraine are the winner of the Sakharov Prize for Freedom of Thought, which is the highest tribute paid by the European Union to human rights work. The award ceremony will take place at the European Parliament in Strasbourg during the plenary session of December. On the eve of this highly symbolic moment, we will host a discussion on the significance of this award, the current situation in Ukraine and what the European Parliament and the Council of Europe are doing and will continue to do to defend human rights and democracy in Ukraine.

We’ll discuss this with:

This event will be held in English.