20.09.2022 Press and information team of the Delegation to GEORGIA

The EU granted the winner city of Zugdidi up to €300,000 to implement its Cultural Development Strategy within the EU4Culture project grants call. 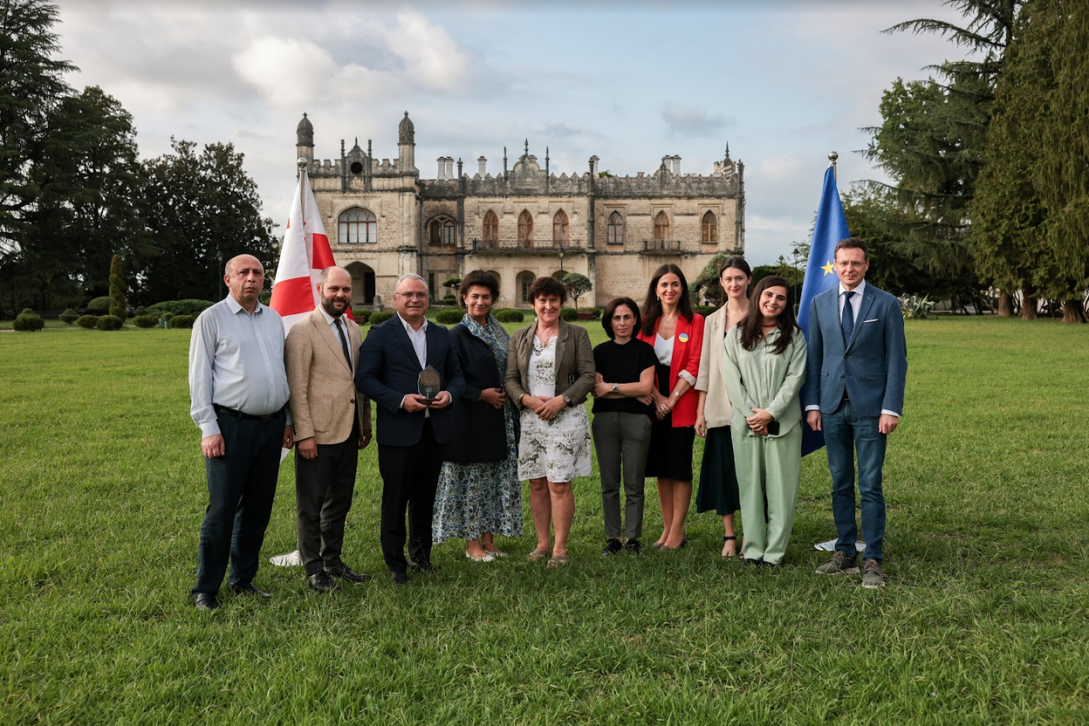 The official award ceremony took place on the 19th of September at 4 PM (Tbilisi time), at Dadiani Palace’s History and Architectural Museum, in Zugdidi. Among the guests of honour invited to the award ceremony were representatives of the Delegation of the European Union to Georgia, the city’s mayor and EU4Culture project representatives.

„We are pleased that with the EU support, for the first time, the regional city of Georgia – Zugdidi will implement the comprehensive Cultural Development Strategy. This is a major opportunity for the city to animate its cultural ecosystem, boost its economic development through cultural activities and increase its regional and international visibility,”. stated Catalin Gherman, Deputy Head of Cooperation at the EU Delegation to Georgia

Zugdidi’s 5-year cultural development strategy outlines the city’s overarching and transversal cultural themes and priorities, drawing upon objectives, possibilities, and perspectives for 2022 to 2026. The city has outlined three main strategic themes and ambitions that position Zugdidi as a City of Cultural Heritage Innovation, a Creative City of Arts and Crafts and a Creative City of Gastronomy.

“Culture is the source of inspiration, public awareness-raising, education and aesthetics, intellect, spirituality, economic development, and an essential prerequisite for forming a harmonious society. Caring for our cultural heritage and systematic development of contemporary art are among this city’s top priorities and are crucial for the well-being of our community. The elaboration process of this Cultural Development Strategy (CDS) has no less importance. It has allowed us to consolidate views and opinions of local target and professional groups– public and private sectors, public and private cultural institutions and NGOs active in the field, sectoral experts, young, emerging and independent artists, local private sector representatives, individual entrepreneurs and other interested stakeholders. Thanks to their active involvement, an open and transparent public discussion was held regarding the city’s cultural needs and challenges, priority objectives, and short- and long-term goals for cultural development”.  stated Mamuka Tsotseria, Mayor of Zugdidi Municipality

EU4Culture is a project financed by the European Union, implemented from January 2021 to December 2024. It supports the cultural and creative sector with a particular focus on non-capital cities and towns in the Eastern Partnership (EaP) countries. EU4Culture aims to support culture’s role as an engine for growth and social development across the region; The project is implemented by Goethe Institut (lead), Czech Centres, Danish Cultural Institute and Institut Français de Géorgie.