Honduras has received the first doses from COVAX

On 13 March, Honduras welcomed the first batch of the AstraZeneca vaccine donated by the COVAX mechanism: 48 000 out of the 424 800 doses to be received between March and May. 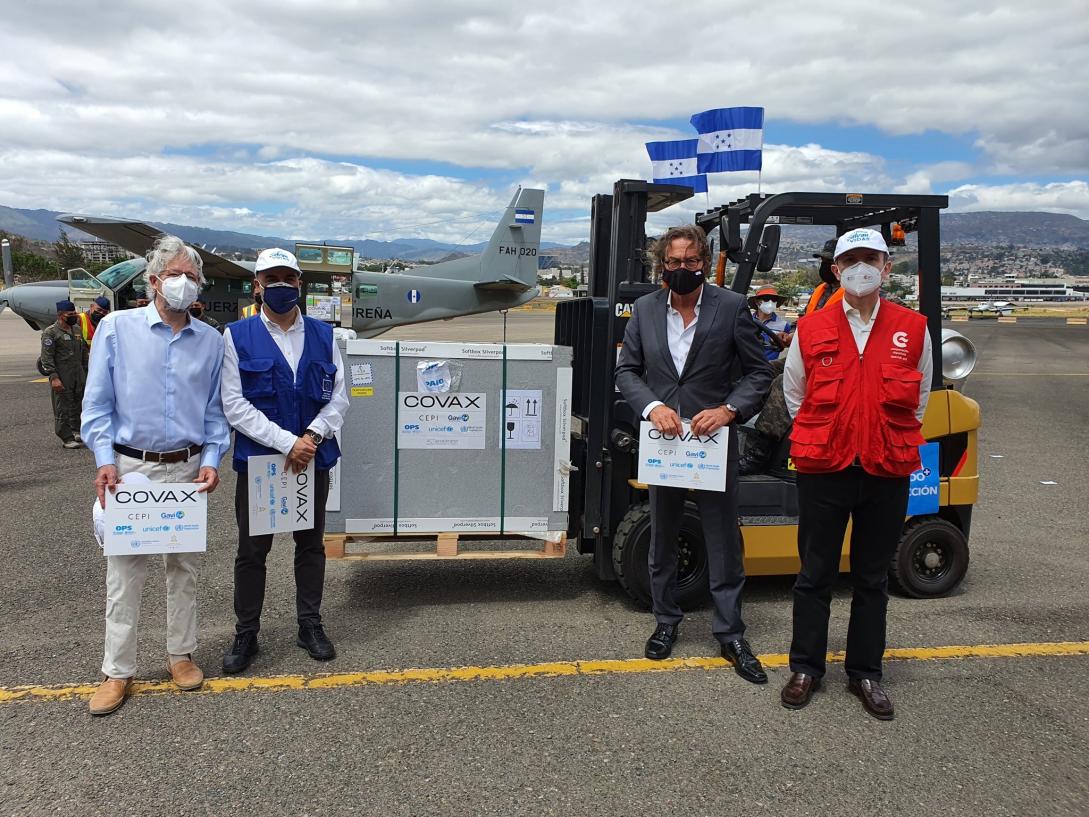 The package of 48,000 doses was welcomed on 13 March at the Tegucigalpa airport by the Honduran President Juan Orlando Hernández, accompanied by HoD Jaume Segura, together with the Ambassadors of the three represented EU Member States (Spain, France, Germany). The Honduran Health Minister, the WHO/PAHO and the UNICEF representatives, as well as the UN Resident Coordinator, were present too.

“We received these vaccines in memory of the victims of COVID-19. Honduras trusts multilateralism and thanks the international community for this act of solidarity. No matter the country where we live, an equitable measure for all human beings must be offered”, the President stated.

These first doses have been given to frontline health workers workers all over the country, in one shot. A second batch is expected in a short delay, until completion of the 424,800 doses allocated by COVAX.

However, these are not the first vaccines received by Honduras. The first ones came from Israel, which donated 5,000 Moderna doses at the end of February. The Government has also signed a contract for the direct purchase of 4.2 million doses of Sputnik V. Moreover, the Social Security Institute will assure a further package of vaccines.

For a total population of around 9.3 million, the objective is to vaccinate 5.7 million people. Pregnant, breastfeeding women and youth under 18 years of age would not receive any dosis. On 15 April, Honduras officially reported 198,975 cases of COVID-19 and 4,929 deaths since the beginning of the pandemic.

Tons of waste removed from the beach “La Travesia” in Honduras

The EUDel in Honduras celebrates, during European Month, the 10th anniversary of the EU-Central America Association Agreement