18.05.2022 Press and information team of the Delegation to HONDURAS

In the EU Del building in Honduras, the Head of Delegation, Jaume Segura, together with representatives of the MS present in the country (Germany, Spain and France) raised the rainbow flag reaffirming their strong commitment for LBGTIQ+ persons to enjoy the freedom to live and publicly display their sexual orientation and gender entity without fear of intolerance, discrimination or persecution. This is one of the six axes in the Strategy for Human Rights and Democracy in Honduras. 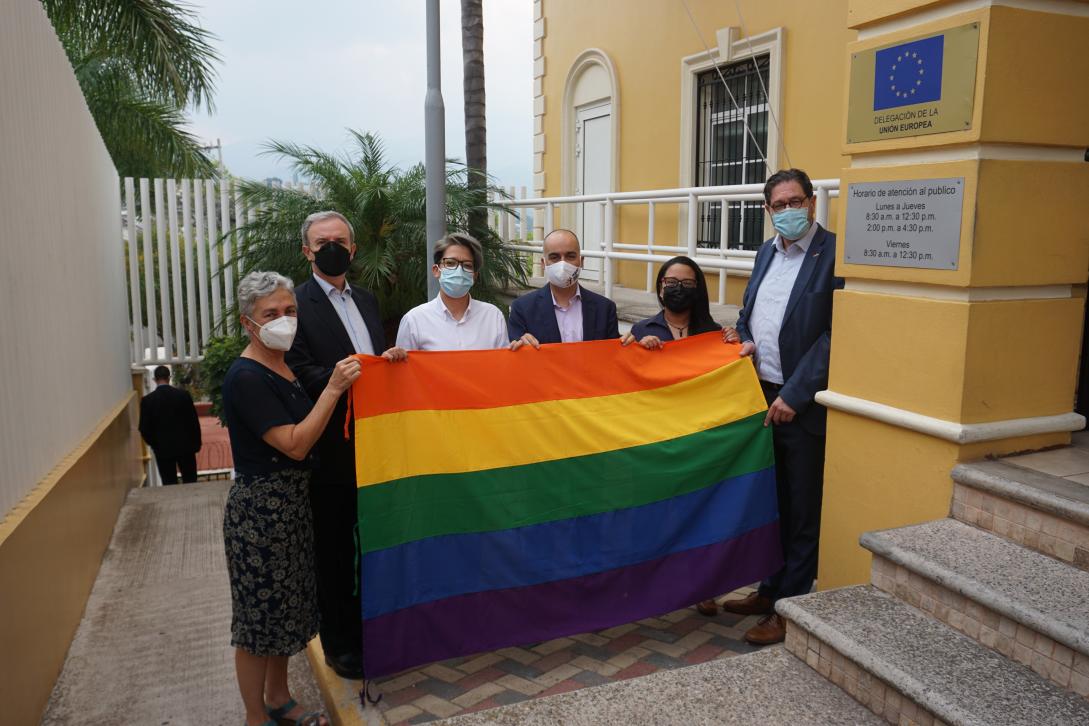 They were accompanied by members of the civil society organization Cattrachas, awarded with the EUROPA Prize for Human Rights in Honduras in 2021, for its long-term commitment to the work defending LBGTIQ+ rights in the country.

Cattrachas´ work was key in the emblematic court case of the Honduran trans women Vicky Hernández. In this case, the Inter-American Court of Human Rights recognized, in 2021, the international responsibility of the State of Honduras for the violation of the right to gender identity of this trans woman, sex worker and human rights defender, murdered in the context of political violence during the coup d'état in 2009. The Vicky case has established new international human rights standards for the protection of LBGTIQ+ persons in Latin America and the Caribbean.

According to the Violence Observatory of the organization Cattrachas, 10 LBGTIQ+ persons have been murdered this year in Honduras. Since 2009, there have been 407 violent deaths of LGBTIQ+ persons. More than 90% of LBGTIQ+ murders remains unpunished.

Opening of the Inter-institutional Control Station in the Community of Krausirpi, Gracias a Dios.