Authors from Denmark, the Netherlands and Spain in conversation with Indian writers 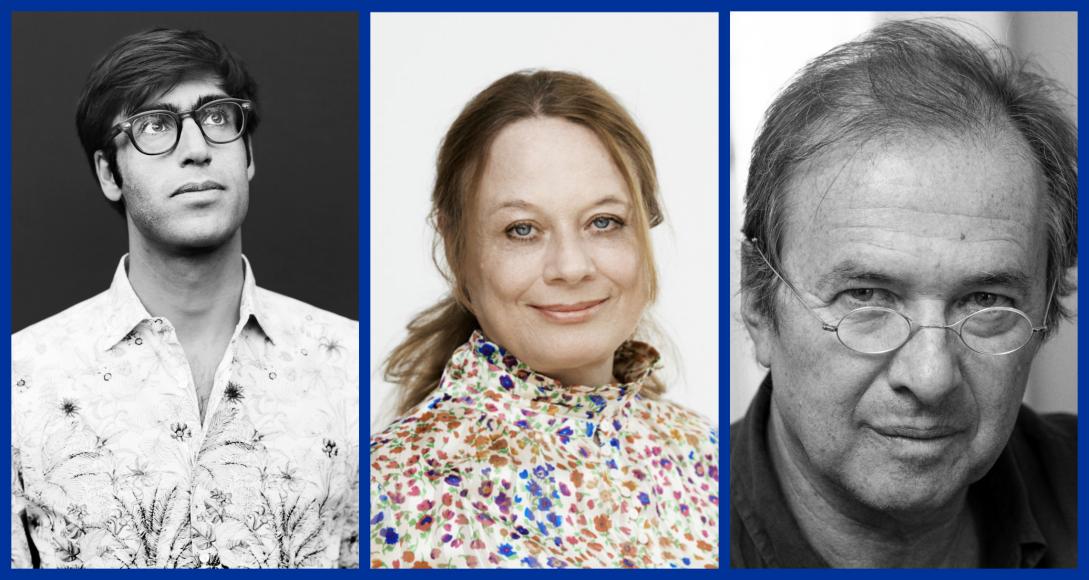 Described as the ‘greatest literary show on Earth’, the Jaipur Literature Festival is a sumptuous feast of books, ideas and inspirational literary discourse. After the 14th edition of the iconic Festival was hosted virtually earlier this year, the free flow of knowledge and enquiry, its hallmark, continues with an extended series. The series takes viewers on a unique journey to uncover new writings from Europe, India and beyond, hosting eminent speakers on the virtual platform.

The European Union will be represented in this series through three critically acclaimed authors: Merete Pryds Helle from Denmark; Ernest van der Kwast from the Netherlands; and Javier Moro from Spain. The programme has been organised by the Cultural Relations Platform (an EU-funded initiative), EUNIC Cluster Delhi the Delegation of the European Union to India, the embassies of Denmark and the Netherlands, and the Instituto Cervantes from Spain. This collaboration is a continuation of recent exchanges between European and Indian writers, publishers, and literary industry professionals.

Showcasing not just the depth of European literary traditions and contemporary writing, the sessions will also delve into the personal connections of the authors with India and its literary milieu. Ernest van der Kwast will be in conversation with Zac O’Yeah and discuss his bestselling novel Mama Tandoori­ - an autobiographical tale about the author’s relationship with his mother who moved from India to settle in the Netherlands. One of Spain’s most acclaimed novelists, Javier Moro, who has written extensively on India, with titles including The Red Sari, The Jaipur Foot and Passion India to his name, will discuss his works with Mohini Gupta. Bestselling Danish author Merete Pryds Helle will join Supriya Dravid to discuss her take on the transformation of one of theatre’s most iconic figures – Nora Helmer, as detailed in her critically acclaimed novel Nora, which is part of a pan-Nordic collaboration of three novels inspired by Ibsen’s dramas.

Viewers can watch the sessions live and for free at the virtual Front Lawn simply by registering in advance on the Jaipur Literature Festival website - https://online.jaipurliteraturefestival.org. Recordings of the sessions will also be shared on the Jaipur Literature Festival’s YouTube channel after each event: https://www.youtube.com/user/JprLitFest

Dutch author Ernest van der Kwast (b. 1981, Bombay) published his first book in 2005 and had his breakthrough with the novel Mama Tandoori (2010), which went on to become a bestseller in both the Netherlands and Italy. Other works include the novella Giovanna's Navel and the novel The Ice-Cream Makers, which has been sold to seven countries. His fluid, sensual style has charmed critics everywhere. As German daily FAZ put it 'Ernest van der Kwast flutters around his storyline like a butterfly and his playfulness delights the reader’. Van der Kwast is also active as an interviewer and columnist and, since 2016, works as a volunteer counsellor for disadvantaged youth in Rotterdam. Photo: Stephan Vanfleteren

Danish author Merete Pryds Helle made her debut in 1990 and broke through with the novel Fishing in the River of Life in 2000. Having published across a large variety of genres, she found massive success with the family saga The People's Beauty, which won both De Gyldne Laurbær Award and Politiken's Literature Prize in 2016. The novel has sold more than 100,000 copies in Denmark. The follow-up, We Knew It All, went straight to the top of the charts when it was released in 2018. Photo: Robin Skjoldborg

Spanish author Javier Moro made headlines in India when he published The Red Sari in 2013, which tells the story of the Gandhi family through the eyes of Sonia Maino. Before even being translated, the book was a scandal. Still today, nobody knows why. Moro, one of the most acclaimed and widely read Spanish novelists, has written extensively on India: The Jaipur Foot, The Mountains of the Buddha, Five Past Midnight in Bhopal (with Dominique Lapierre) and Passion India. He was awarded the Premio Planeta in 2011, Spanish language’s most prestigious award for El Imperioerestú (You Are the Empire), the story of Brazil’s first emperor and the making of the Brazilian nation.  In 2015, he published A flor de piel (Under the Skin), the tale of the Spanish expedition which delivered the newly discovered small pox vaccine to the New World, a book that has met new success in this time of the pandemic. In 2018, he was awarded the Premio Primavera de Novela for his novel Mi Pecado (My Sin). In 2020, he published A prueba de fuego (Fireproof), the story of the architect Rafael Guastavino. Photo: Asís Ayerbe

About the EU and EU-India Ties

The EU, which consists of 27 countries, has the world's second largest economy and its third largest population, after China and India. Though richly diverse, the countries that make up the EU (its 'Member States') are all committed to the same basic values: peace, democracy, the rule of law and respect for human rights. By creating a frontier-free single market and a single currency (the euro) which has been adopted by 19 Member States, the EU has given a significant boost to trade and employment. It is also at the forefront of global policies on sustainability.

EU-India relations: For over 55 years, the EU and India have worked together to reduce poverty, prevent disasters, expand trade, secure global public goods, enhance security around the world and promote joint research in energy, health, agriculture and many other fields of mutual interest. More information at: http://eeas.europa.eu/delegations/india

About the Cultural Relations Platform

The Cultural Relations Platform (CRP) is an EU-funded project supporting EU's international cultural relations and cooperation between European and global cultural and creative sectors.The Platform is supporting sustainable cultural exchanges and people-to-people activities between Europeans and citizens from countries all over the world, including Brazil, Canada, China, India, Japan, Mexico, Russia, South Africa, South Korea, the USA, the Western Balkans, and EU’s Neighbouring countries. The CRP activities range from policy support for EU Institutions to supporting cooperation among cultural and creative sectors as well as strengthening communities and networks of practitioners, trough dedicated trainings and enhanced exchanges. More information at: https://www.cultureinexternalrelations.eu/

About the Jaipur Literature Festival

Described as the ‘greatest literary show on Earth’, the Jaipur Literature Festival is a sumptuous feast of ideas. The past decade has seen it transform into a global literary phenomenon having hosted nearly 2000 speakers and welcoming over a million book lovers from across India and the globe. Our core values remain unchanged: to serve as a democratic, non-aligned platform offering free and fair access. Every year, the Festival brings together a diverse mix of the world’s greatest writers, thinkers, humanitarians, politicians, business leaders, sports people and entertainers on one stage to champion the freedom to express and engage in thoughtful debate and dialogue.

For over 30 years, Teamwork Arts has taken India to the world and brought the world to India, presenting the finest of Indian performers, writers and visual artists in the cultural and art space in India and abroad. Every year, we produce over 25 performing, visual arts and literary festivals in several countries including Australia, Egypt, France, Germany, Hong Kong, Italy, Singapore, South Africa, Spain, the UK and USA as well as many eclectic festivals across India. We produce the world's largest literary gathering: the annual Jaipur Literature Festival; JLF international now travels to the US, UK, Canada, Qatar and Australia and we have recently launched a digital series - JLF Brave New World. Our musical extravaganza, Bollywood Love Story - A Musical, continues to tour the world with sold-out shows everywhere it is held.More information at: www.teamworkarts.com