11.04.2022 Press and information team of the Delegation to INDIA and BHUTAN

The European Union has contributed to investments of over Euro 83 billion from 2000-2021. With 4,500 companies operating in India, they have contributed to creation of over 1.5 million direct and 5 million indirect jobs in the country. In the last decade, EU-India trade in good increased by 41% while trade in services have increased by 76%. 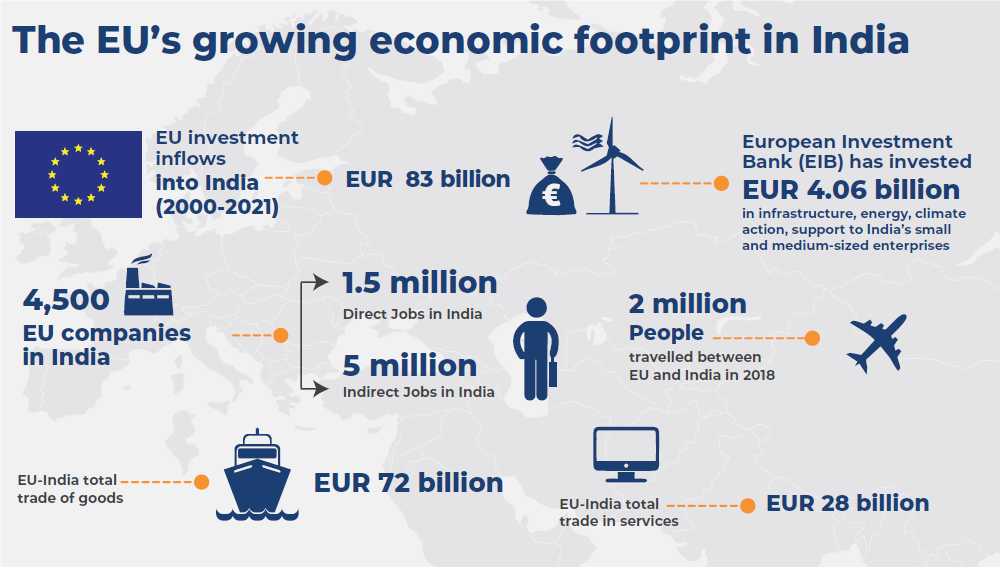 Find below more details about EU-India economic ties and information on key sectors in the report: /media/34148