EU supports Indonesia in its ambitions for safer and greener aviation

19.05.2022
Singapore
Press and information team of the Delegation to INDONESIA and BRUNEI DARUSSALAM

Flights to Bajawa and Larantuka in Indonesia are now provided by Performance Based Navigation (PBN) procedures and are greener to fly, as well as the flight to Atambua which is in the final stage. 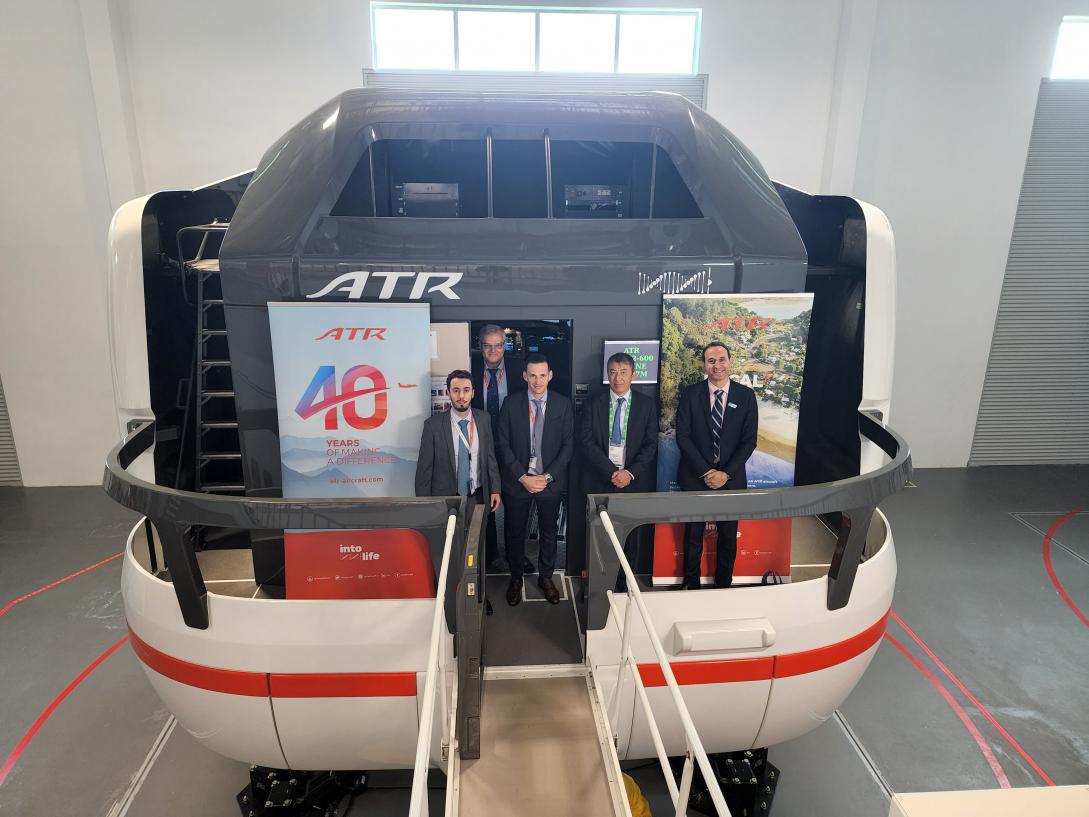 Flights to Bajawa and Larantuka in Indonesia are now provided by Performance Based Navigation (PBN) procedures and are greener to fly, as well as the flight to Atambua which is in the final stage, thanks to work performed by the European Union Aviation Safety Agency (EASA) in cooperation with the Directorate General for Civil Aviation in Indonesia (DGCA Indonesia).

PBN, which uses satellites and on-board equipment to help pilots with navigation, is now available for these three airports. PBN allows aircraft to operate safely to and from airports in difficult weather environments and cases where the geography is challenging. It also improves operational efficiency, thereby reducing aviation’s environmental impact. Patrick Ky, Executive Director of EASA visited ATR premises in Singapore on 18 May 2022 to fly the PBN routes developed with the support of the European Union (EU) for Indonesia’s Atambua, Bajawa and Larantuka airports using an ATR flight simulator.

Patrick Ky, Executive Director of EASA said, “Our partnership with Indonesia supports its ambitions for safe and sustainable air traffic growth. EASA is continuing its work with DGCA Indonesia and intends to complete up several more airports before the end of 2022.”

Novie Riyanto, Secretary General of the Ministry of Transportation of Indonesia said, “PBN leads to safer and greener flights, connecting communities and boosting trade and tourism. It also does not require costly ground-based navigation aids, saving on installation and maintenance.”

H.E. Vincent Piket, EU Ambassador to Indonesia said, “The PBN initiative, which EASA carries out together with Indonesia's DGCA, is a remarkable model of cooperation between the EU and Indonesia to bolster safety. This initiative will be expanded to cover other airports in Indonesia’s large archipelago that are served by twin-engine turboprop ATR aircraft.”

EASA is offering its support on behalf of the EU as part of the EU-South East Asia Aviation Partnership Project (APP). The overall objective of the project is to enhance the political, economic and environmental partnership between the EU and South East Asia in the domain of civil aviation.

The European Union Aviation Safety Agency (EASA) is the centrepiece of the European Union's strategy for aviation safety. Its mission is to promote and achieve the highest common standards of safety and environmental protection in civil aviation. Based in Cologne, Germany, EASA draws together experts and administrators from across Europe.