In light of the potential of the creative and cultural industries to enhance the quality of life for young people; and to encourage their creativity, the EU Delegation is inviting Jamaican youth to vie for a spot in the EU Short film competition. 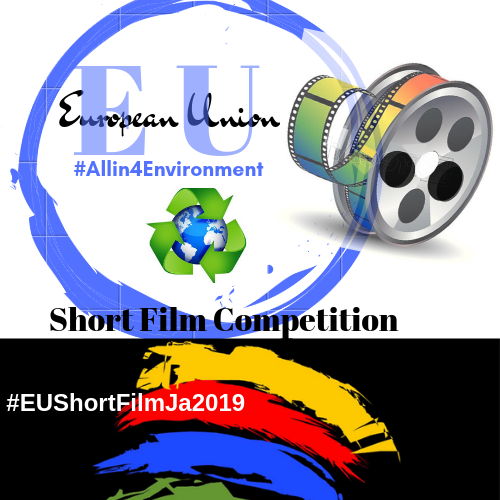 The competition is open to Jamaican filmmakers residing in Jamaica aged between 18 and 25. It will be structured into two parts. Part one will involve strategic targeting of approximately 50 persons who will be further shortlisted based on the established criteria and their video articulation of a response to the question "Why is environmental protection important and how can communication technologies, like film/video help in improving environmental awareness?

Part two involves shortlisting 20 candidates for participation in a capacity building workshop: the EU Short Film Competition Workshop. This training is designed to build the capacity of young story tellers to write and produce short videos; provide a basic introduction to videography and share creative post production techniques that will inspire participants to tell exciting stories through the medium of video/film utilizing a camera or even a smartphone in three to five minutes.

Films can be in any format– including animation, drama, mini documentary, music video or personal story.

Films submitted by the deadline will be judged by a panel comprised of European Union officials, industry experts in creative video/film production and project partners. Entrants will then be judged on adherence to the submission rules, quality and content, which should be research based, inspiring and creative. All submissions must identify solutions to the issues. The judges will choose four winners. The decisions of the judges are final.  The winners will be announced in December 2019.

Awards will be given for the following categories:

Awards will include the following: