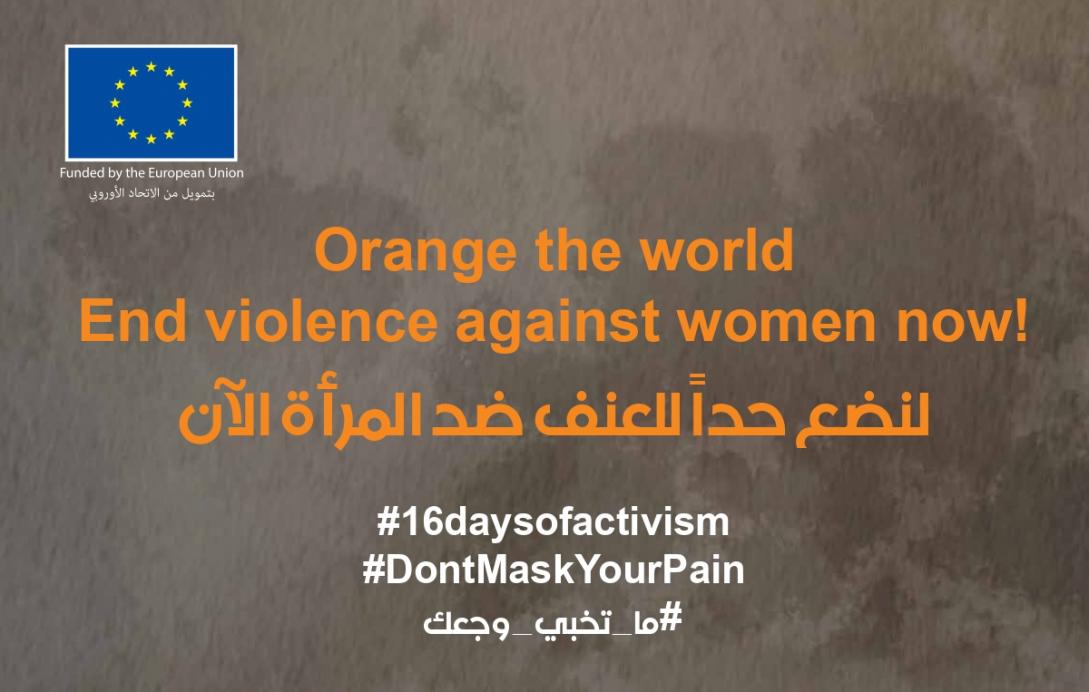 On 25 November, the EU delegation to Jordan launched the 16 Days of Activism against Gender-Based Violence, organizing several events to highlight the gravity of the issue in the country and across the world.

This year, the EU Delegation’s campaign includes: lighting the Delegation and the Abdoun Bridge in Orange and a visual campaign in Amman's City Mall, the Boulevard, Irbid City Centre, as well as on buses across Amman and in Zarqa. The campaign is also being aired on Radio Rotana, which has sought to shed light on the issue, including with a discussion by women’s rights expert, Amina Rizq, Senior Programme Manager at Kvinna till Kvinna.