Keeping the Horn of Africa and West Indian Ocean safe

30.09.2022 Press and information team of the Delegation to KENYA

Ahead of the World Maritime Day, the EU Ambassador to Kenya Henriette Geiger visited the port of Mombasa, where she spent some time on board of EU NAVFOR vessel SPS Numancia. 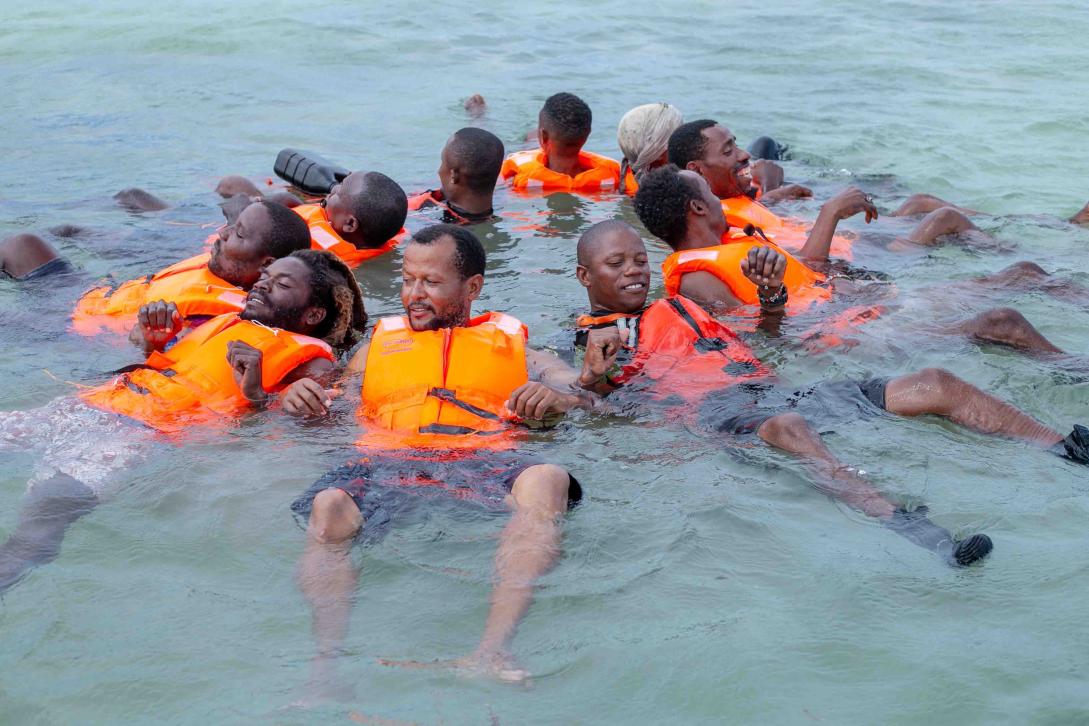 The SPS Numancia is part of the EU NAVFOR force, the European Union’s Counter-Piracy operation in the Horn of Africa and the Western Indian Ocean.

During the visit, Ambassador Geiger met with the EU NAVFOR Force Commander Rui Miguel Marcelo Correia and Kenya’s Deputy Commander of the Kenyan Navy, Brigadier L. Gituma. They discussed criminal threats in the regional waters and how to combat them, including through the EU NAVFOR’s Operation ATALANTA. Kenya is a key player in the region’s maritime security. The meeting aimed at strengthening existing ties between EU Naval Forces and the Kenyan Navy and identifying areas for enhanced collaboration.

The EU Delegation also runs the Go Blue  programme with Expertise France and other players to keep fishermen safe while out at sea.