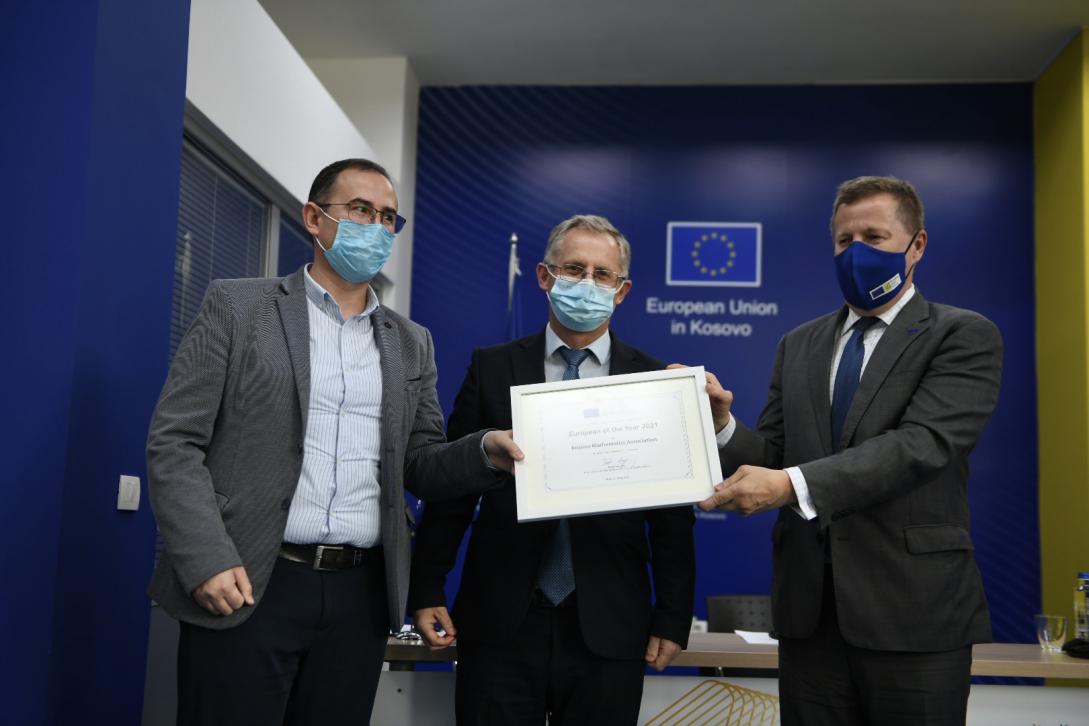 Kosovo Mathematic Association has been voted the 2021 European of the Year, an award given yearly on the occasion of the Europe Day by the European Union in Kosovo.

At the ceremony which took place today, the director of Kosovo Mathematics Association Armend Shabani was given the award by Ambassador, Tomáš Szunyog Head of the EU Office in Kosovo/EU Special Representative. For the sixth year in a row, on the occasion of Europe Day, the European Union Kosovo gives the European of the Year Award to an individual/institution that has contributed the most to promotion of European values in Kosovo over the past year.  The winner was decided through online vote on the EU in Kosovo Facebook account, by the people of Kosovo.

‘The will of the Kosovo youth to reconcile made the project a success story’ – Kaltrina Shala, Project Manager at Kosovo Coalition for Reconciliation