Janjevo a place withstanding the testament of time

Janjevo/e - neither a village nor a town, withstanding the testament of time where local residents hope for a better future 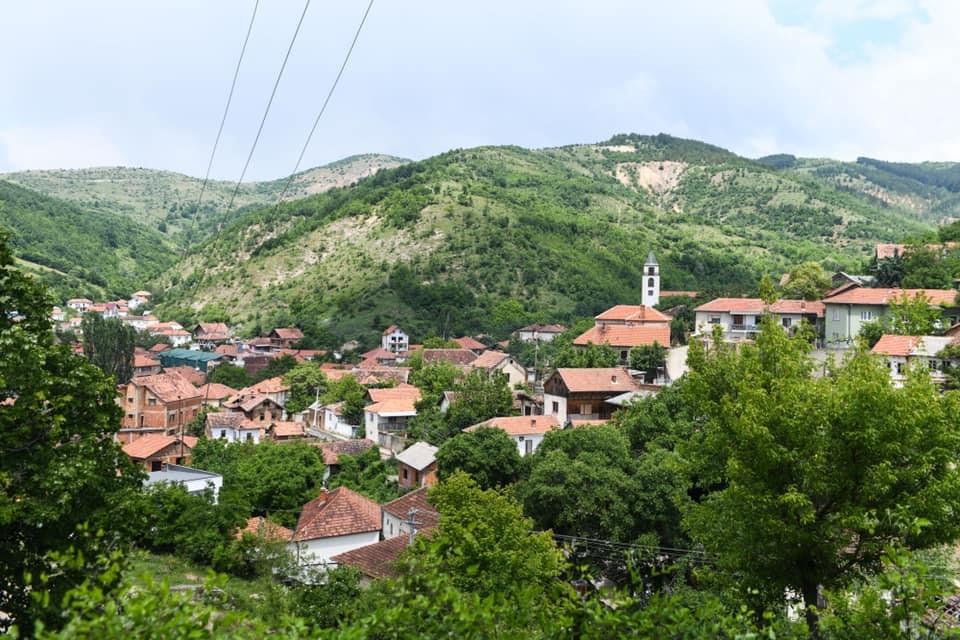 At only a 40 minute drive from Pristina, in eastern Kosovo in Lipjan/Lipljan municipality, a historic, fairytale-like place, neither a village, nor a town, called Janjevo/e has withstood a testament of time.

In this beautiful but unkempt village local residents are Croats, Albanians, Roma, Turks, and others, living in harmony, and sharing the same life struggles.

The Catholic church is the most prominent religious object dating back to the 13th century. Don Matej Palić has served as the Vicar of the church since 1998. Despite of the rich cultural heritage and multiculturalism, its residents still struggle with basic needs and services.

"In the 21st century, residents of Janjevo/e still struggle with lack of water, sewage system and electricity cuts and this is why many young people have left Janjevo/e searching for a better life”, don Matej explains. “During the pandemic, the unemployment has also negatively impacted our town. However, I remain hopeful.’’ The interest in changing this situation for better has recently intensified. The visit of senior international officials, together with representatives of the Government of Kosovo on 14 June is a sign of determination for improving the wellbeing and preserving the cultural and religious heritage of Janjevo.

"Together we can improve life of citizens here in this community, and make it a touristic attraction. It is not far away from Pristina, it has the potential and we can succeed together with Janjevo/e people" said Ambassador Tomáš Szunyog, Head of the EU Office/ EU Special Representative in Kosovo.

The Croatian Ambassador to Kosovo Danijela Barišić was among the dignitaries visiting Janjevo. Croats are the only community in Kosovo originating from an EU member state. She underlined the need for preserving the multicultural spirit of Janjevo.

"This beautiful town has been here for 700 years, it has been witnessing multiculturalism, multi-ethnicism, and multi-religion ever since then, and this should continue, with the help of all", said Ambassador Barišić.

Supported by the EU, the Government of Kosovo is planning the reconstruction of the old houses in Janjevo to stimulate tourism. "This project foresees reconstruction of 14 houses through the EU-funded project and with a detailed planning, it can also stimulate environmental protection", said Minister of Environment, Spatial Planning and Infrastructure, Liburn Aliu.

During the visit, Ambassadors Szunyog and Barišić announced the EU assistance through the Instrument of Pre-Accession Assistance (IPA) 2020 programme which foresees a 2 million euro worth project to initiate the restoration of a number of dwellings and public spaces, as well as promote socio-economic development of the village as an important site for cultural tourism.

The EU project will start in the autumn of 2021, implemented by the UNDP with an additional 1.4 million euro co-financed by the Government of Kosovo.

"Development of these facilities is very important, as Janjevo is as a place that has monuments that are worth investing in", said the Mayor of Lipjan, Imri Ahmeti. When talking about Janjevo/e and its perspective, Memedali Gradina, a representative of the Roma community, and Bexhet Konxheli, an Albanian community representative, share the opinion of Don Matej Palic.

"Life is challenging in Janjevo/e, due to electricity cuts, sewage system problems and lack of water, but I also remain hopeful and I can see the future of Janjevo/e in tourism", said Gradina. Konxheli adds that  there is an opportunity to make Janjevo/e a better place for the benefit of its citizens, which should not be missed.

According to the UN Development Coordinator Ulrika Richardson, "there are all the potentials to make Janjevo/e not only a very beautiful place to visit, but also an attractive place to live in.

"In Janjevo, the focus should be both on tangible and intangible cultural heriutage, and on the role the cultural heritage plays in social cohesion across communities", said UNDP Resident representative, Maria Suokko,.

Nora Arapi Krasniqi from the Ministry of Culture, Youth and Sport stressed the importance of preserving Janjevo/e.

"The values ​​of these monuments must be preserved, so we as the Ministry promise to contribute to the project."

Preserving cultural heritage is a strategic EU priority and shows the EU’s commitment to support cooperation and joint efforts in restoring Janjevo/e uniqueness.

It is possible to explore this beautiful town from anywhere in the world via an EU-funded, UNDP implemented Janjevo Walks mobile app, curated as an interactive map. The Walk conveys the cosmopolitan lives that Janjevo merchants once led, and how their customs influenced the built environment and the natural landscape of today’s Janjevo/e.

Neither Town Nor Village brings Janjevo/e to life through video stories and photographs of different time periods from family photo albums. The map drawn and the walk curated rely heavily on the memories of Janjevo/e inhabitants. Told in their own words, their stories are journeys into the past, present, and future aspirations of the town.