25.04.2022 Press and information team of the Delegation to the State of Kuwait

Stop by and get a taste of Europe while learning about EU countries! 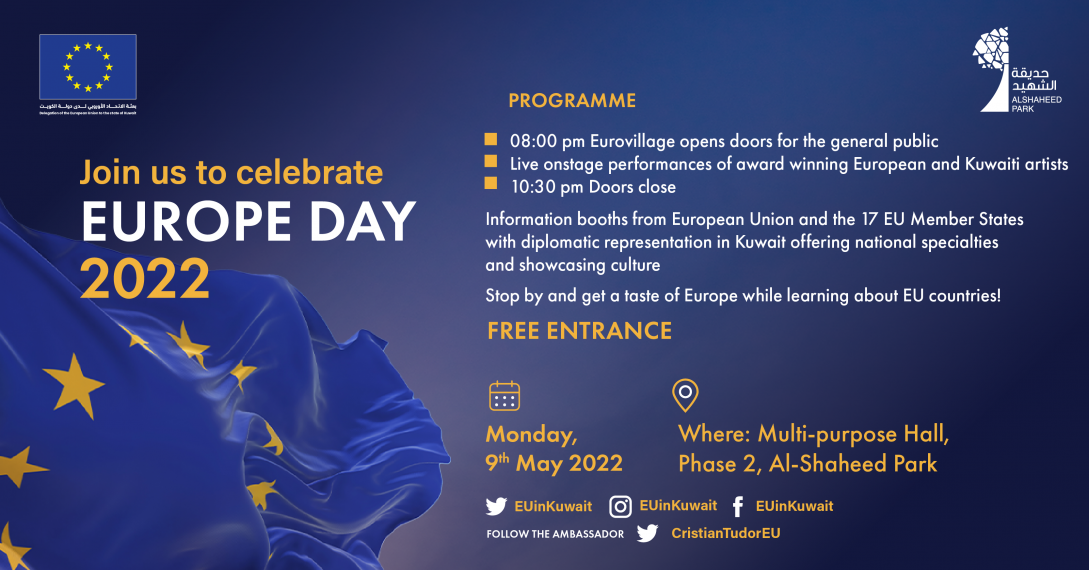 Europe Day, celebrated on 9 May every year, is the National Day of the European Union. This Day celebrates solidarity and unity in Europe. The date marks the anniversary of the historic 'Schuman declaration' that set out the idea for a new form of political cooperation in Europe, which would make war between European countries unthinkable. This unprecedented proposal is considered as the beginning of what is now the European Union.

On the occasion of Europe Day 2022, the Delegation of the European Union together with the embassies of 17 European Union countries in Kuwait, for the first time will hold an unprecedented and first class event to celebrate European culture and friendship with Kuwait. This public event will take place on Monday, 9 May from 20:00h to 22:30h in Al-Shaheed Park, multipurpose hall located in phase 2, across Ayyame restaurant. The event is open for the public and is free.