18.05.2022 Press and information team of the Delegation to KYRGYZSTAN

European Film Festival dedicated to the celebration of the Europe Day and the 30th anniversary of establishing diplomatic relations between the Kyrgyz Republic and the European Union starts in Kyrgyzstan. 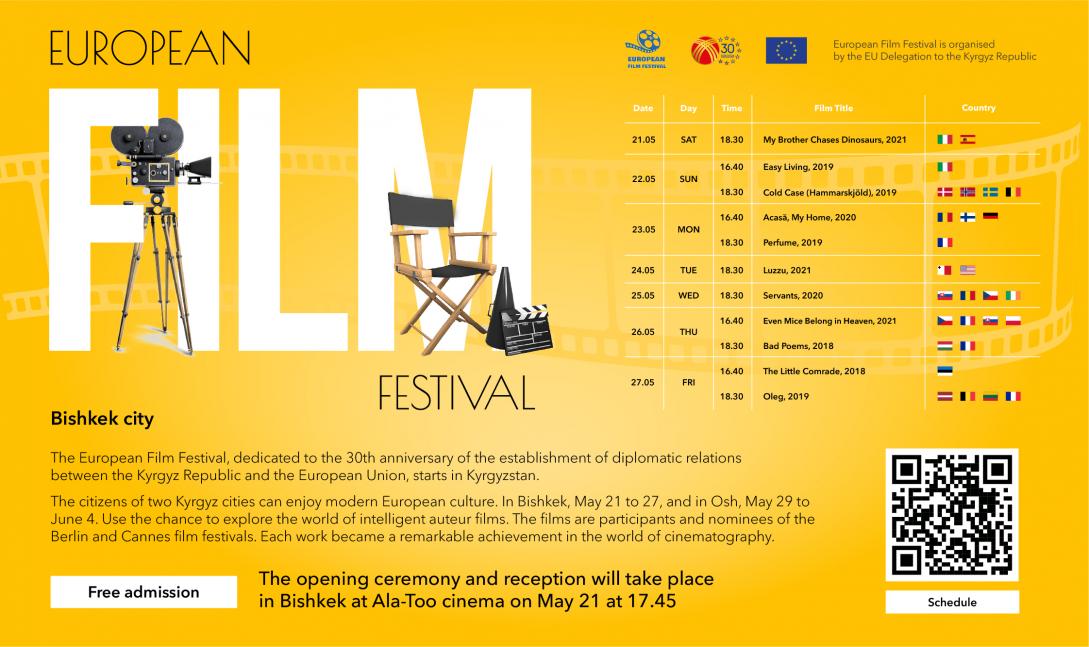 Film screenings will take place from May 21 to May 27 in Bishkek and from May 29 to June 4 in the southern capital Osh. The selected films are participants and nominees of the Berlin and Cannes film festivals. All films are in the languages of the countries they were made in, with Russian subtitles. The festival is free of admission.

In addition, the World Cinema Fund organizes master classes for young Kyrgyz filmmakers and videographers in Bishkek on May 21, 22. The motto of the master classes is "Focus on International Co-Productions: It's all about cooperation. Isona Admettla, sociologist, teacher and member of the Berlinale World Cinema Foundation team since 2009 will share her experience.

The Festival is free of admission. No prior registration is needed. Participants are expected at the venues at indicated time.