09.08.2022 Press and information team of the Delegation to MALAWI 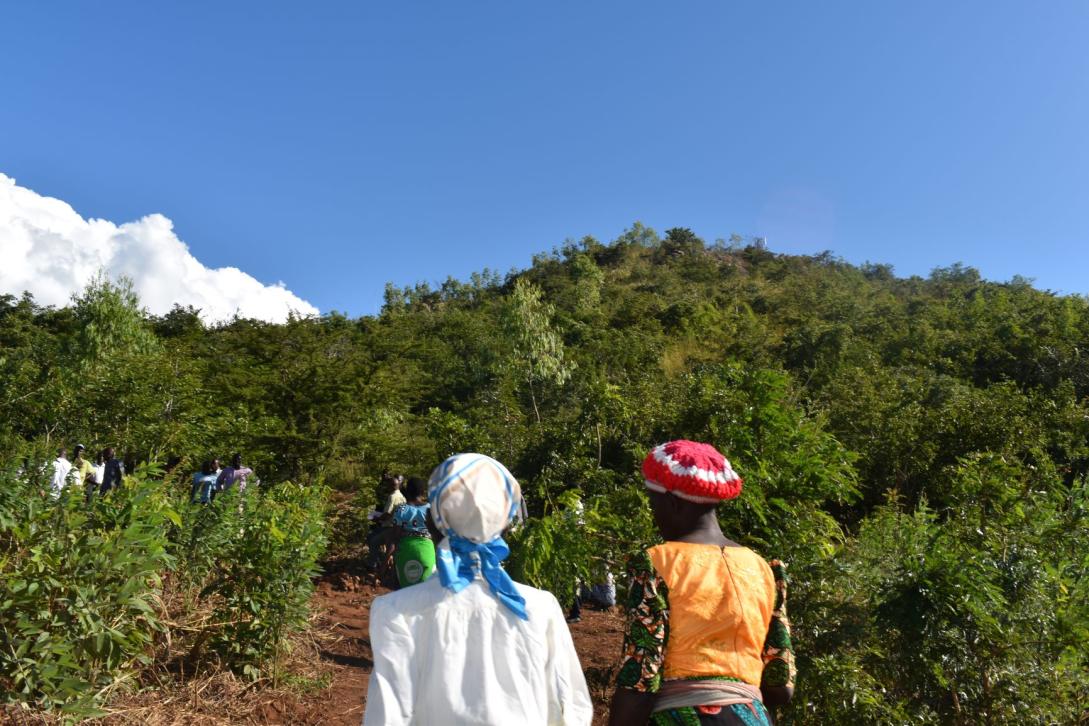 “The true meaning of life is to plant trees, under whose shade you do not expect to sit,” this is a famous quote by Nelson Henderson.

Henderson’s profound words rings a bell when one is to consider what members of Pasani Catchment Cluster Committee have done to reforest Pasani Hill in Mulanje. Pasani Hill is situated in Traditional Authority Mkanda; Group Village Headman Mkawera in Mulanje. The hill is surrounded by five villages, namealy Mkawera, Muliya, Mkwera, Harrineck and Nkhunguza. Back in 2018, Pasani Hill’s natural beauty faded because of the cutting of trees by people in the community.

The shortage of trees led to a massive gully erosion at Pasani Hill and in the fields. When the rains came, the nutrients in the soil were washed away causing low crop production that led to hunger. The women were burdened with the time consuming hunt for wood. The community agreed that deforestation was a problem that needed to be addressed by all.

The chairperson of Pasani Cluster Catchment Committee, Bornwell Ntumwinda recalls how their hearts were full of joy when the EU funded KULIMA BETTER agreed to help them in the restoration of the trees.

To ensure that there was cooperation, committees comprising of 12 members were formed in each of the five villages. These committees together with village headmen formed the Pasani Catchment Cluster Committee that has 67 members. The cluster committee has since planted a total of 10,734 trees and 86% of these trees have survived and are being managed by the community.

Village Headman Muliya works together with Pasani Catchment Cluster Committee, encouraging people to be committed to taking care of the trees. Muliya with the other local leaders, and Mulanje District Council formed by-laws as one way of sustaining the newly budding forest of Pasani Hill. One of the by-laws is that when a person is found cutting a tree, they should pay a penalty fee of $5.

“All these measures have been put in place in order to protect the hill, so that the future generation will benefit from the fruits,” concluded Muliya.

Today, the community is proud to see the fruits of their hard work, as the hill is now slowly being restored. There is hope that the trees planted will benefit the community and in the near future it will indeed offer shade to a young men and women in the next generation as Henderson once said.