28.10.2022
Lilongwe:
Press and information team of the Delegation to MALAWI 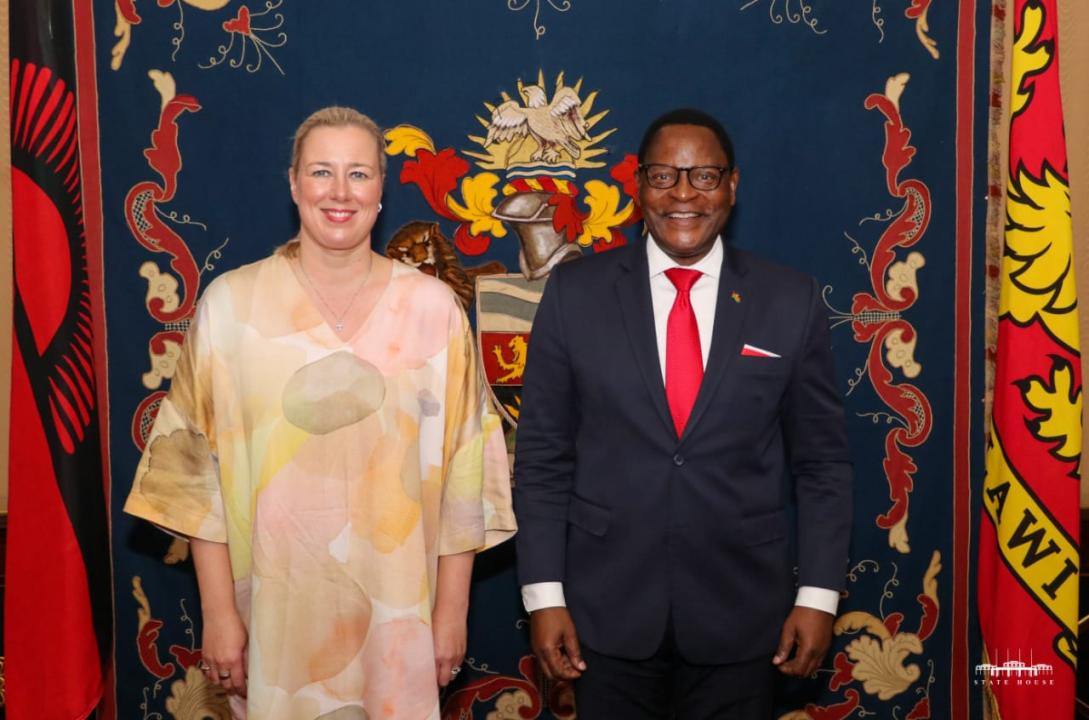 European Commissioner for International Partnerships, Jutta Urpilainen, paid an official visit to Malawi on 27 and 28 October 2022. This visit demonstrated the enhanced political engagement between partners and reaffirmed the longstanding strong ties and deepening partnership between the EU and Malawi, particularly in the domains of green and resilient economic transformation, democratic and economic governance and human development and social inclusion.

Commissioner Urpilainen said: “In the current complex geopolitical context, the EU and Malawi are committed to facing global challenges together. Through the Global Gateway and Malawi’s support to the EU in multilateral fora, we are both committed to building trusted people-to-people connections and strengthening our partnership. The EU supports Malawi to combat food insecurity, caused by Russia’s war of aggression against Ukraine, and through our Annual Action Plan, we are supporting the growth of Malawi’s agro-economy, governance and human development.”

Commissioner Urpilainen met H.E. President Lazarus Chakwera at State House. They discussed issues of mutual interest, including the impact of the war in Ukraine on global security and commodity prices. The Commissioner acknowledged Malawi’s and the EU’s converging positions on the pivotal importance of the multilateral rules-based system, which are testimony to our shared values. The Commissioner announced the EU’s intention to re-engage on Malawi’s eligibility for budget support.

In line with EU and Malawi’s commitment to shared values, Commissioner Urpilainen also presented the Global Gateway strategy, the EU’s positive offer to establish smart and sustainable connections in the digital, energy, transport, education and health sectors across the world. The President and the Commissioner exchanged on areas where Malawi and EU will work together under the new Multi-Annual Indicative Programme, (MIP), which comprises 352m EUR for the period 2021-24. An additional allocation of €15 million of EU support to address food insecurity and the launch of the EU Youth Action Plan in Africa were discussed. Jointly with the Minister of Finance, Honourable Sosten Gwengwe, Commissioner Urpilainen also officially signed 6 financing agreements under the EU-Malawi Annual Action Plan 2022, with a total of €110 million in funding from the European Union, to be channelled to the Malawi Energy Programme, Green agro-economy, Democratic Governance Programme, Access to Justice and a food security response facility.

Commissioner Urpilainen met with representatives of the Malawian youth and outlined the EU’s commitment to young people in partner countries by launching in Malawi the EU Youth Action Plan (three key pillars: engage, empower, connect). She also interacted with influential women leaders and reiterated the EU’s stance on gender equality, which is participation of women and girls in all spheres of public life, including in decision-making and in the economy.

The Commissioner visited a Farmer Field School at Lisasadzi Residential Training Centre (RTC) in Kasungu, where the EU’s sustainable agriculture and nutrition programmes, KULIMA and AFIKEPO are being implemented. She interacted with farmer organisations who are receiving support from Kulima to improve their agricultural production and linkages to market opportunities, as well as with women’s groups involved in nutrition sensitive interventions.