23.09.2022
Moldova
Press and information team of the Delegation to MOLDOVA

The Theoretical Lyceum “Ion Vatamanu” in Strășeni municipality benefited from energy efficiency measures, implemented with the financial support of the European Union. Thus, lyceum students will enjoy more comfortable educational environment, and teachers and auxiliary staff - better working conditions. The measures were implemented as part of the project “Construction of water supply and sewage infrastructure, as well as energy efficiency in public buildings”, financed by the European Union (EU). 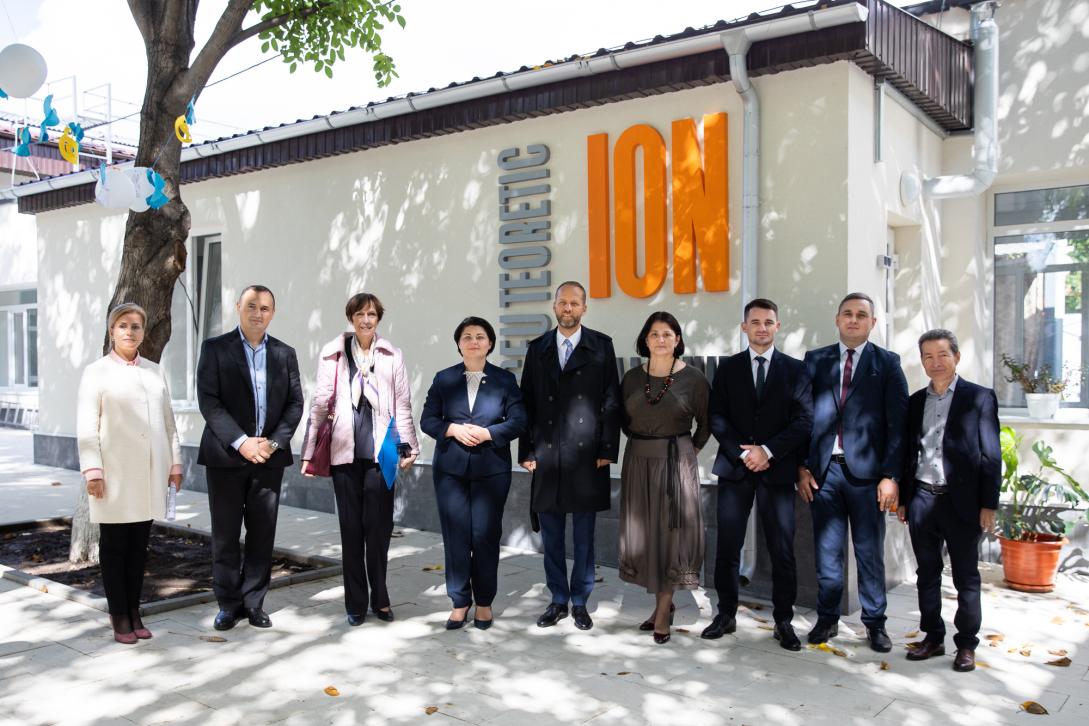 The total value of the energy efficiency works conducted in the “Ion Vatamanu” High School in Strășeni is worth around 1.3 million Euro, out of which 1.2 million Euro were offered by the EU as a grant, and 100.000 Euro – as a local contribution.

“Thanks to the financial support of the European Union, 650 students and teachers will benefit from energy efficiency measures such as clean energy from solar panels and improved insulation of the building. This will significantly reduce the gas bills for the local authorities and improve the quality of life for the citizens. We are proud to inaugurate today the completion of refurbishment at the Theoretical High School “Ion Vatamanu” in Strășeni. Energy efficiency is now more important than ever and we are proud to step up our efforts to mitigate the impact of the energy crisis. The European Union has supported the green transition in the Republic of Moldova for a long time to increase energy security and to reduce greenhouse gas emissions, in line with the European Green Deal.” stated Jānis Mažeiks, the Ambassador of the European Union to the Republic of Moldova.

“The project on energy efficiency improvement of the Theoretical Lyceum „Ion Vatamanu” in Strășeni municipality represents the close and effective cooperation between the EU, Germany and Moldova, together with the local regional development structures. The project also included capacity building and energy management measures supported by the German Government. These measures will certainly create a much better environment for the development and growth of pupils’ generations”, said Margret Uebber, the Ambassador of the Federal Republic of Germany to the Republic of Moldova.

„Despite all the crises we face, the Government will continue to invest in the educational system, so that we get as close as possible to our goal - to ensure a modern educational system, accessible to every student, offering relevant subjects and possibilities for continuous development for each child. Schools and kindergartens are eligible for the “European Village” National Programme, launched this year. So far, 106 projects on capital repair works or modernisation of some educational institutions have been approved. To finance these projects, 388.74 million MDL were allocated from the National Fund for Regional and Local Development for the years 2022-2023. This means that thousands of children and teachers part of these educational institutions will be able to enjoy better studying conditions”, declared Natalia Gavrilița, the Prime Minister of the Republic of Moldova.

The total number of beneficiaries are over 650 students, teachers and auxiliary employees studying or working in the lyceum.