26.09.2022 Press and information team of the Delegation to MONTENEGRO 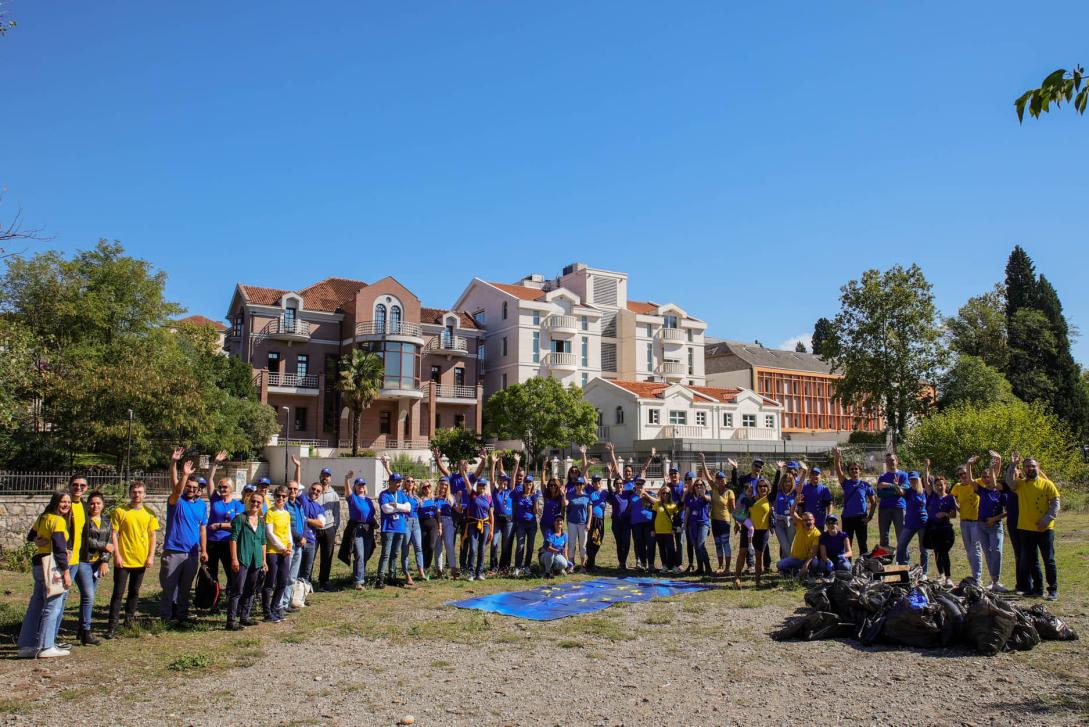 As part of the EU Beach Clean Up Day, the staff of the Delegation of the European Union to Montenegro and Europe House, together with the embassies of EU member states and young European ambassadors, , organised the cleaning of the shores of Ribnica River on the stretch from the building of the EU Delegation to Montenegro to the Karver bookstore. The staff of the embassies of Hungary, France, Bulgaria, Greece, the Czech Republic, Slovenia, Romania, as well as the ambassadors of Croatia, Veselko Grubisic, and Italy, Andreane Marsella, also contributed to this action. This event marked the fifth consecutive European action in cleaning up the shores of rivers, lakes, seas, and oceans, and it took place during September under the motto "United against marine litter.” This year, which is also the European Year of Youth, the focus of the action is on the participation of young people. “We joined forces with our Young European Ambassadors from Montenegro. Together, we want to send a message to young people to become the drivers of change in this country, to show by example that our garbage belongs in landfills and not in our lakes, rivers, seas, and oceans,” said the Ambassador of the European Union to Montenegro, Oana Cristina Popa.

“This year, we decided to clean the banks of the Ribnica River, right next to our Delegation. We see this beautiful river every day from our offices and feel sad to see it full of litter. This litter travels further to Moraca, the Skadar Lake, then via the Bojana River into the Adriatic Sea and then further into the oceans. There is an urgent need to protect our seas and oceans. About 95% of garbage in the seas and oceans ends up at the bottom, causing huge damage to marine life and presenting a big risk to our health too,” said Ambassador Popa.

In Europe, 80-85% of beach waste is plastic. This is a problem which we can easily solve, said Ambassador Popa. We have to stop using disposable plastic. "We, the Young European Ambassadors, support this action and every action of this type, considering that it is important how and in what way we take care of the environment. We also want to use this example to show young people how to behave in these situations and how to help through such actions," Maras explained.

The problem of marine litter is something that requires a response by countries and their authorities from around the globe. In addition to the organised response, we can all contribute together without waiting for someone to call us. Let's all clean up around our house, just as the employees of the EU Delegation to Montenegro did.