European Health Union: Start of delivery of vaccines in response to the monkeypox outbreak

28.06.2022 Press and information team of the Delegation to MONTENEGRO 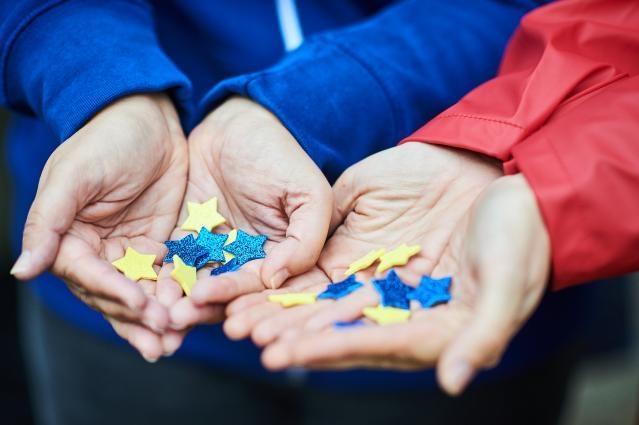 The delivery of the first vaccine doses purchased by the European Commission's Health Emergency Preparedness and Response Authority (HERA) in response to the current monkeypox outbreak is starting, with an initial 5,300 doses arriving in Spain, out of the total 109,090 doses procured. It is the first of a series of deliveries that will take place regularly in the weeks and months to come to ensure that all Member States are ready to respond to the current monkeypox outbreak, prioritising the most affected Member States.

As was the case with COVID-19 vaccines, the vaccine doses are allocated on a pro-rata basis, according to the population of each country. Member States with higher number of monkeypox cases (on the date of conclusion of the contract) are being prioritised for deliveries, as agreed with Member States. The vaccines are delivered directly by the pharmaceutical company to Member States. Shortly after today's deliveries to Spain, Portugal, Germany and Belgium will be the next countries receiving doses. Further deliveries to additional Member States will take place in the course of July and August.

From the onset of the monkeypox outbreak, the European Health Emergency Preparedness and Response Authority (HERA) has been, alongside other Commission services and Member States, closely following the evolution of the outbreak in Europe and supporting the preparedness and response efforts of all Member States. The purchase and donation of 109,090 vaccines, produced by Bavarian Nordic, is just one example of the support being provided to Member States.

It is also the first time that the EU budget is being used, through the EU4Health programme, to directly purchase vaccines to be donated to Member States.

The European Commission is committed to build a stronger and active European Health Union that is prepared and able to respond to emerging health threats. The COVID-19 pandemic showed the importance of coordination among European countries and the added value of a common response in face of cross-border health threats.

Since 18 of May, around 2,682 cases of monkeypox have been reported in 23 EU Member States (Austria, Belgium, Bulgaria, Croatia, Czechia, Denmark, Finland, France, Germany, Greece, Hungary, Ireland, Italy, Latvia, Luxembourg, Malta, the Netherlands, Poland, Portugal, Romania, Slovenia, Spain and Sweden), and Norway and Iceland. Monkeypox is a viral zoonosis (a virus transmitted to humans from animals) with symptoms very similar but less severe to those seen in the past in smallpox patients. The disease is endemic in West and Central Africa and it is spreading for the first time in Europe.

The European Health Emergency Preparedness and Response Authority (HERA) is a key pillar of the European Health Union and a fundamental asset to strengthen the EU's health emergency response and preparedness. HERA was established in October 2021 to replace ad hoc approaches for pandemic response with a permanent structure with adequate tools and resources to plan ahead the EU action in case of health emergencies. HERA will anticipate threats and potential health crises, through intelligence gathering and building the necessary response capacities.

In its risk assessment the European Centre for Disease Control and Prevention (ECDC) advised affected countries to consider early post-exposure vaccination, using the 3rd generation vaccine produced by Bavarian Nordic, to prevent the disease or make its course less severe.

With the support of the EU, capacities of the Institute for Medicines and Medical Devices of Montenegro have been enhanced

The European Commission adopted the IPARD III programme of Montenegro: an additional €63MIL for Montenegrin farmers

“Through mediation to an agreement - choose an alternative”