Guitar integrations for the end of the Guitar Art festival

22.08.2022 Press and information team of the Delegation to MONTENEGRO 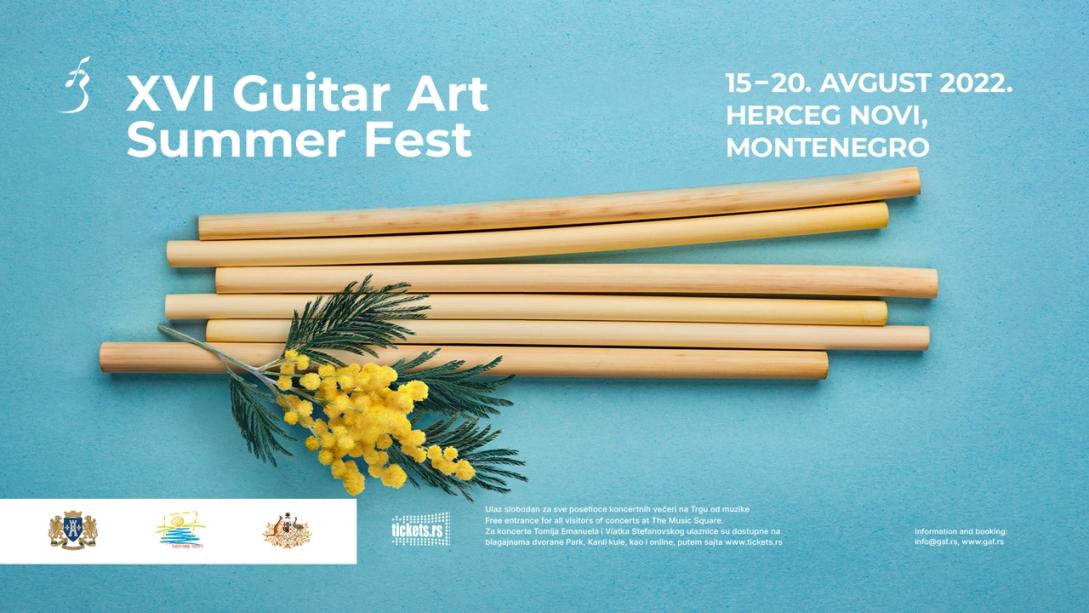 "This is a wonderful way to learn something new but also to get to know the great names of classical guitar and the culture they come from," Grdinic said.

Asja Radojevic shares her enthusiasm and satisfaction. She says that the masterclasses are a real opportunity to improve one’s skills. Both Nadja and Asja are young ladies who are yet to be heard of, and the "Guitar integrations” traditionally supported by the Delegation of the European Union in Montenegro are a step on the road to fame.

"We are glad that the Delegation of the European Union to Montenegro and the Europe House provide support for "Guitar integrations” that, like the European integration, bring people together in the exchange of knowledge and experience so that the final result is a joint success," Europe House staff were quoted saying.

After the performance of the young participants with guitar variations, their teacher, the great name of classical guitar Rafael Aguirre from Spain, also performed. He says that it is always the right time to promote the guitar because it is a popular instrument that has the power to connect people.

"I was very pleased with the fact that the students who attended the "Guitar integration” masterclasses showed a high level of knowledge and skill in playing this instrument," Aguirre said.

In the framework of "Guitar integrations” including classical guitar students and the Spanish virtuoso, guitarists from Montenegro also joined.

The Director of the festival, Bosko Radojkovic, pointed out that the programme for the next festival is being extensively prepared, with the desire to bring together different artists. The Ministry of Culture and Media, the Municipality of Herceg Novi, the Delegation of the European Union to Montenegro, the Europe House, the School for Elementary Music Education in Herceg Novi, as well as numerous sponsors helped with the realisation of the festival.