JOINT COMMUNIQUÉ: 32nd Session of the Political Dialogue between the Government of the Republic of Mozambique and the European Union

09.12.2022 Press and information team of the Delegation to MOZAMBIQUE

At the dialogue, the Government of the Republic of Mozambique and the European Union have recognized the seriousness of the war in Ukraine and its global consequences, and have agreed on the need to respect the rules-based international order under the Charter of the United Nations. 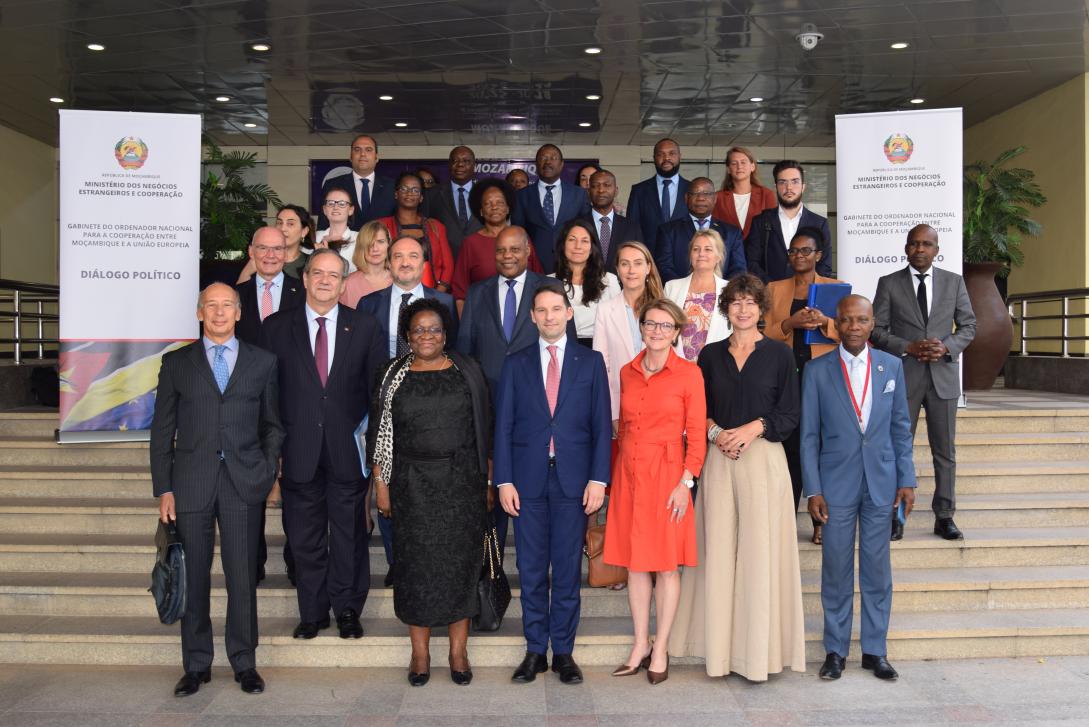 ** The strengthening of political dialogue in the face of Mozambique being a non-permanent Member of the United Nations Security Council.

** The deepening of economic partnership, taking advantage of the opportunities presented under the Global Gateway and in preparation of the Mozambique - European Union Business Forum, planned for 2023.

** Support for democratic consolidation in Mozambique in the context of the next electoral cycle and the need to materialize the recommendations made by the European Union Election Observation Mission after the 2019 elections and respect for civic space.

** Greater action in the gender and youth sectors, in alignment with the priorities of the European Union Multi-Annual Cooperation Programme in Mozambique.

** The strengthening of the European Union's integrated approach in Cabo Delgado and the whole north region (humanitarian assistance, security and peace building and development).

6. The dialogue also covered regional aspects, including the European Union's renewed commitment to supporting the Government of Mozambique in the fight against terrorism through assistance to the SADC Mission (SAMIM) and the European Council's decision, announced on 1 December, to make 20 million euros available to support the Rwandan Defence Force (RDF) in the province of Cabo Delgado. The dialogue welcomed the work of the EU Military Training Mission (EUTM Mozambique) and the assistance provided to the country in the context of the European Peace Facility, of which Mozambique is the largest beneficiary in Africa.

7. As closing remarks, the delegations of Mozambique and the European Union reaffirmed their deep friendship, welcomed the regularity of the political and sectoral dialogues and the political will and mutual understanding on common priorities and agendas.