The European Union (EU) is committed to the internal stabilisation of Pakistan and to the consolidation of democracy. The Rule of Law is an essential pillar in this respect. 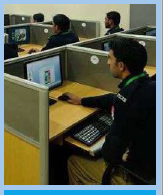 The European Union (EU) is committed to the internal stabilisation of Pakistan and to the consolidation of democracy. The Rule of Law is an essential pillar in this respect.

Since the Soviet invasion of Afghanistan in 1979, the Pakistani province of Khyber Pakhtunkhwa (formerly NWFP) has suffered from unrest and terrorist activities committed by Jihadi groups. Massive military operations have contributed to a significant reduction in terrorist attacks, however residual terrorist activity persists, mainly due to the TTP (Pakistani Taliban). The handling of counter-terrorism in Pakistan still faces numerous challenges both at federal and provincial levels. These include sub-optimal organisational structures, limited human resource specialisation, weaknesses in investigative processes (forensics, intelligence gathering and prosecution), legal frameworks and in co-ordination. Impunity and lack of efficiency undermine public confidence in the ability of the authorities to confront terrorism and may embolden violent extremists.

How do we address the challenge?

PACT KP contributes towards supporting the efforts of the Government of Pakistan, particularly in the KP province, in strengthening their criminal justice response to combatting terrorism.

A Project Steering Committee composed of national stakeholders, the EU and UNODC meet on a quarterly basis to discuss and review implementation of the project and remains flexible to incorporate emerging needs and requirements tabled by stakeholders. This platform provides flexibility and previously paved the path for inclusion of two new thematic areas through an addendum on the request of the National Counter Terrorism Authority (NACTA). These included - Armouring of 20 vehicles belonging to the KPK Counter-terrorism Department. The process is still ongoing, and deliveries are expected in the second quarter of 2020.

- The FATF recommendations made to Pakistan in June 2018 resulted in prioritizing assistance in the area of countering terrorism financing.

What can we learn from this project?

It is the evident success in Khyber Pakhtunkhwa that led to an invitation from the Government of Pakistan for similar technical assistance tailored to Sindh’s needs. Therefore, the Sindh segment will build upon the successes achieved and the lessons learnt from the technical assistance programme implemented in Khyber Pakhtunkhwa, while adhering to the priorities of Sindh Government.

The European Union (EU) funds projects and programmes around the world in order to help addressing global and local challenges. The reduction of poverty and the respect of fundamental rights and freedoms are key objectives in this context. In Pakistan, the EU is committed to a stable, democratic and pluralistic country that respects human rights and benefits from its full economic potential by supporting sustainable and inclusive development for all its citizens. The EU provides Pakistan with about €100 million annually in grants for development and cooperation. Among other issues, the EU supports Pakistan in its efforts to tackle poverty, increase education, promote good governance, human rights, rule of law and ensure sustainable management of natural resources. EU-funded projects are covering all of Pakistan with a special focus on Sindh and Balochistan.

The collaboration between the European Union and Pakistan is grounded in the Strategic Engagement Plan (SEP) signed in 2019. Areas of cooperation under the SEP include peace and security, democracy, rule of law, human rights, and migration but also sectors such as energy, climate change and science and technology.

The EU is one of Pakistan’s largest trading partners. The EU supports Pakistan’s integration into the world economy and its sustainable economic development, namely by granting it preferential access to the European single market under the GSP+ system since 2014. Under this scheme almost 80% of Pakistan’s exports enter the EU duty and quota free. In 2018, Pakistani exports to the EU were worth €6.9 billion.

In order to enjoy the trade preferences under GSP+, Pakistan needs to demonstrate progress on the implementation of 27 international conventions on human rights, good governance, labour rights and environmental protection. .

Delegation of the European Union to Pakistan,