One Year Report on Demolitions and Seizures in the West Bank, including East Jerusalem Reporting Period: 1 January – 31 December 2021 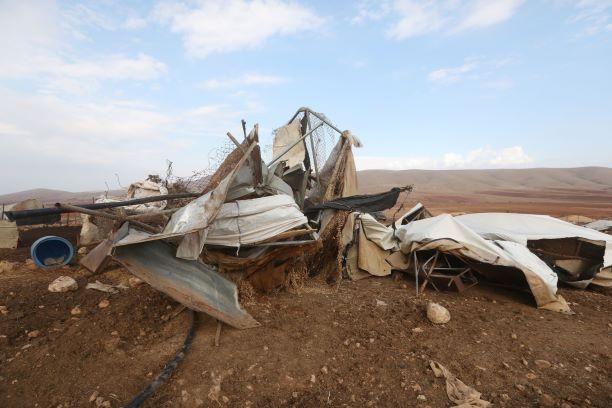 Of the structures targeted in the twelve-month reportng period, 140 structures were funded by the EU or EU Member States (valued at EUR 331,031), represen4ng a 15 and 43 per cent increase compared with 2020 and 2019, respectively.

Concerning developments over the reporting period was the repeated targeting of Bedouin and herding communities in Area C, such as Humsa al Bqai’a. Israeli authorities are also increasingly using military orders in Area C to execute demolitions/seizures without, or with very liale, prior notice, further limiting opportunities to legal recourse. Regarding displacement, a particular focus in 2021 were the risk of forced eviction cases of Palestinians from their homes in the East Jerusalem neighbourhoods of Sheikh Jarrah and Silwan, due to cases brought before Israeli courts, primarily by settler groups and associates. 2021 also saw a significant spike in the number of so-called ‘self demolitions’ in East Jerusalem carried out by the owners themselves to avoid financial penalties or imprisonment in light of increasing pressure by the Jerusalem Municipality.