On 8 March, EU Delegation presents first ever European Woman of the Year Award

The event honoured equality and equal opportunities as a fundamental EU value on the occasion of International Women’s Day while paying a special tribute to women in Ukraine. 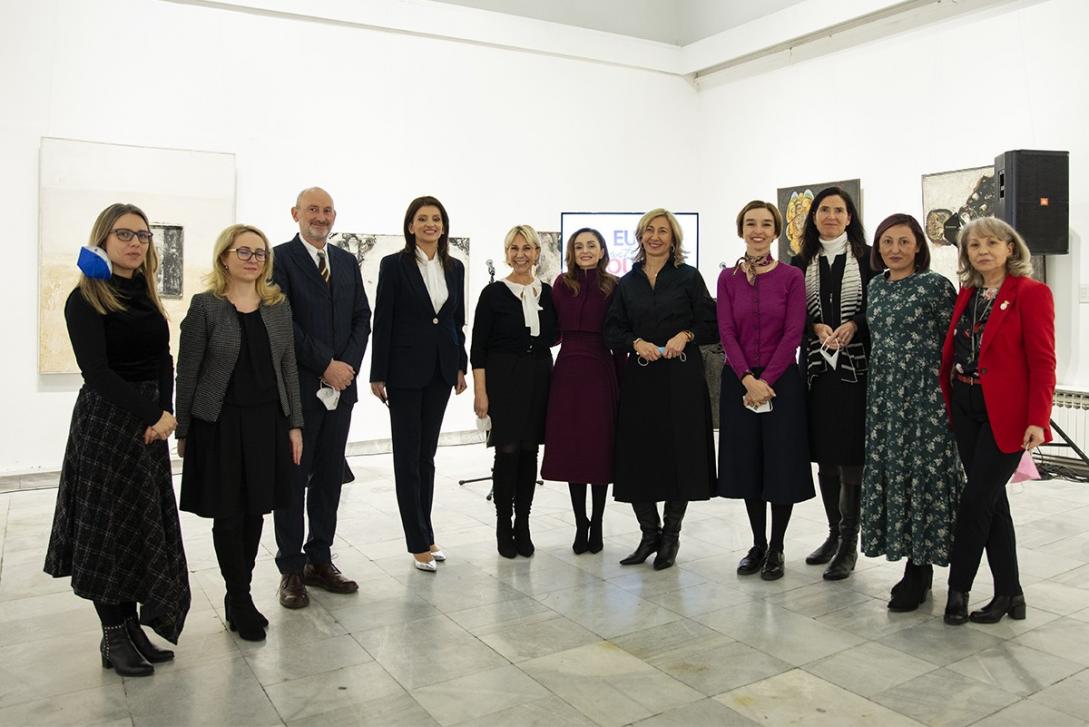 Five outstanding women - making a difference in different walks of life while giving inspiration to everyone in society – have been nominated by #Team Europe in North Macedonia for the 2022 European Woman of the Year Award.

‘We mark International Women’s Day by honouring five extraordinary women who have shown that only the sky is the limit in pursuing dreams, in working for the common good. Their stories are inspiring. They break prejudices. They prove that gender has nothing to do with ability. Or that capacity and dedication have no gender’, stated Ambassador Geer at the ceremony, also attended by the First Lady Elizabeta Gjorgievska. Ilina Arsova - mountaineer, environmental activist, fighter for women’s rights and artist – was selected as the European Woman of the Year based on results of the Facebook voting held in the week before the event. In her video address at the ceremony, she stated that all nominees were writing history in a certain field. ‘Being an ice-breaker is not easy, at all, but it is very rewarding in the end. No dream is unreachable and no goal is impossible’, was Arsova’s message to all women and young girls.

IDAHOT 2022: Speaking out against injustice, inequality and prejudice while celebrating achievements