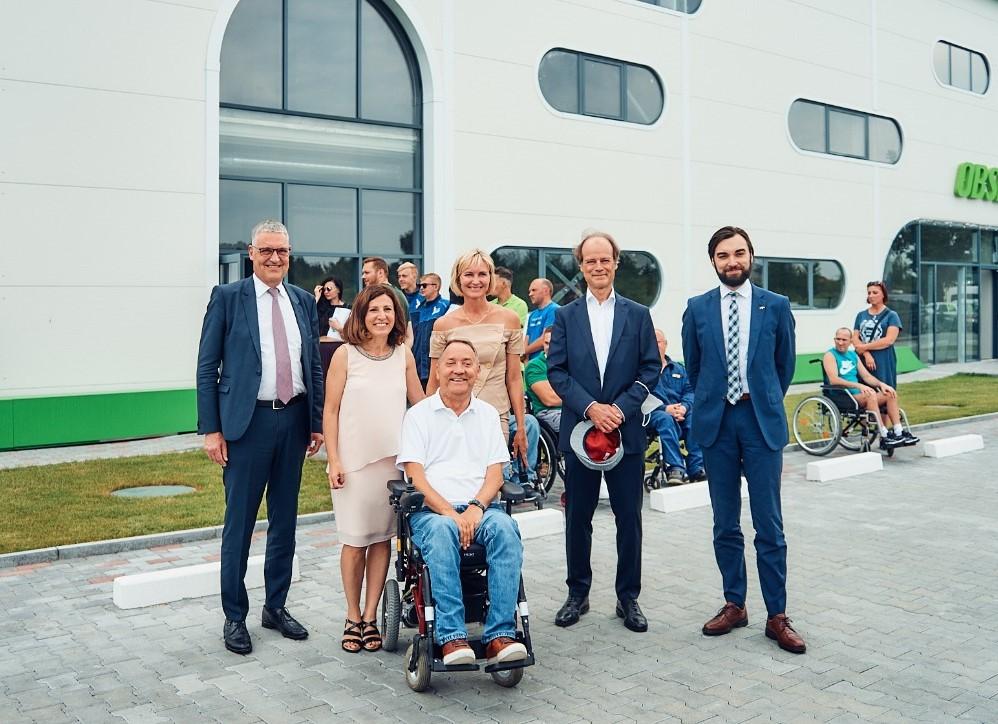 On 26 July, the EU Ambassador to Russia Markus Ederer and the Governor of Kaliningrad Oblast Anton Alikhanov visited the “Observer” factory in Poddubnoye, Russia's first mass-production site for electric wheelchairs. There took place a number of events to launch a new format of comprehensive rehabilitation and assisted living for wheelchair users as part of the “Kaliningrad Ark” project as well as to kick off a new project "Step Forward". Both projects are implemented by KROOI “Kovcheg” and funded by the European Union. Wheelchair users, representatives of NGOs, social entrepreneurs, representatives of the Kaliningrad government and some EU diplomats attended the events.

At the opening ceremony, Ambassador Ederer said: "Independent living and employment are key factors for integration into society. That is why supporting inclusive economic development along with a strong support to civil society is a priority for the European Union.”

Ambassador Ederer congratulated Roman Aranin and the “Kovcheg” team for successful implementation of their initiatives with the support of the EU and the Government of Kaliningrad Oblast. He also thanked Governor Alikhanov and his team for their continuous support to Kaliningrad civil society in their inclusive initiatives and expressed hope for further cooperation in this area.

After the unveiling ceremony of the sculpture "To the One who is Near" Ambassador Ederer and Governor Alikhanov together with the guests had a tour of the landscape rehabilitation and adaptation complex, which is now being built as part of the "Step forward" project. The complex is situated next to the assisted living cottages on “Unlimited Opportunities” St. As a result of the new EU-funded project, two social enterprises providing employment opportunities for wheelchair users will be opened. This will not only give motivation to people with disabilities, but will also have an impact on the economic situation in the region.

Study and training opportunities for Russian citizens in the EU