14.04.2022 Press and information team of the Delegation to SENEGAL

The Ministry of Justice and the Delegation of the European Union (EU) in Senegal inaugurated the Houses of Justice of Bambilor and Keur Massar. The local justice system aims to bring justice closer to the litigant. These targeted localities have a strong population that generates economic activity and disputes in everyday life that do not always justify traditional criminal proceedings.

The House of Justice adopts the traditional principles and modes of regulation of family conflicts and private disputes. It was established with the major objective of allowing the regulation of conflicts, access and information on rights.

The Houses of Justice were built in compliance with environmental standards, with a system of solar panels to ensure better energy efficiency, and taking into account access for people with reduced mobility. 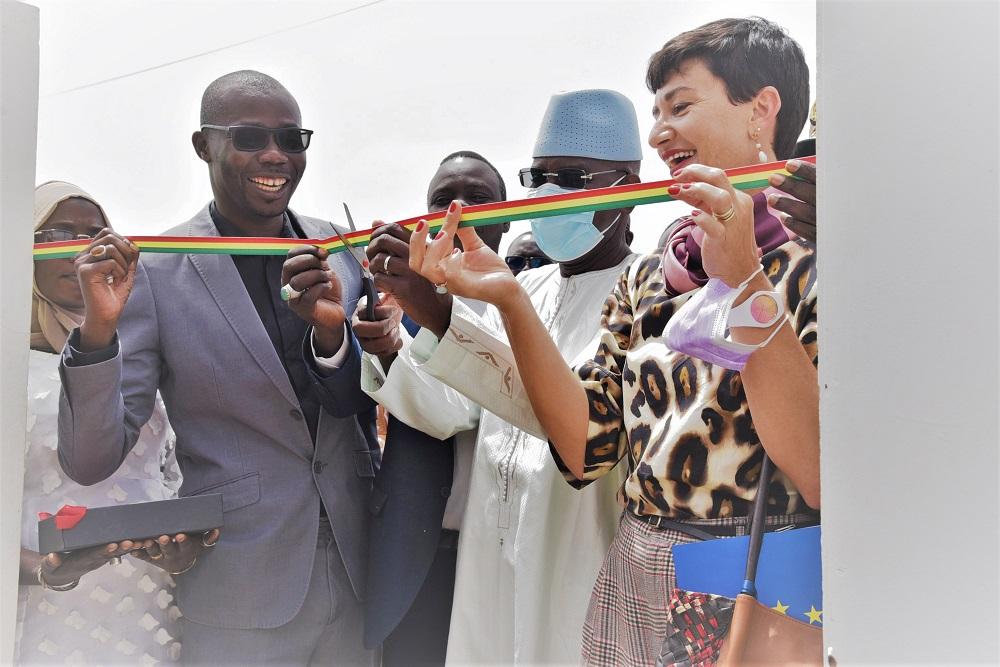 These infrastructures are being built as part of the Support for the Strengthening of the Rule of Law project (PARED), funded by the EU, which has also enabled the construction of 12 new houses of justice, in particular in Saint-Louis, Kaffrine, Matam, Kolda, Sédhiou, Tambacounda and Ziguinchor. These structures are set up on the basis of a partnership between the Ministry of Justice and the local community.

The Houses of Justice are responsible for popularizing the law and regulating neighborhood or family disputes or disputes relating to small claims, through the implementation of alternative methods of conflict resolution (mediation-conciliation). They are also involved in obtaining certain administrative documents.

From 2006 to 2021, the Houses of Justice received approximately 945,000 users. They have handled more than 175,000 mediation files, with an overall rate of successful conciliations of around 75%. With regard to claims relating to "small claims", from 2010 to 2020, they helped to recover debts for an amount of more than 3 billion F CFA.