EU and the Government of Sierra Leone Hold Political Dialogue

On Tuesday, 13 July 2021, President Julius Maada Bio hosted the EU Ambassador and the Ambassadors of the European Union Member States at State House for a Political Dialogue session. 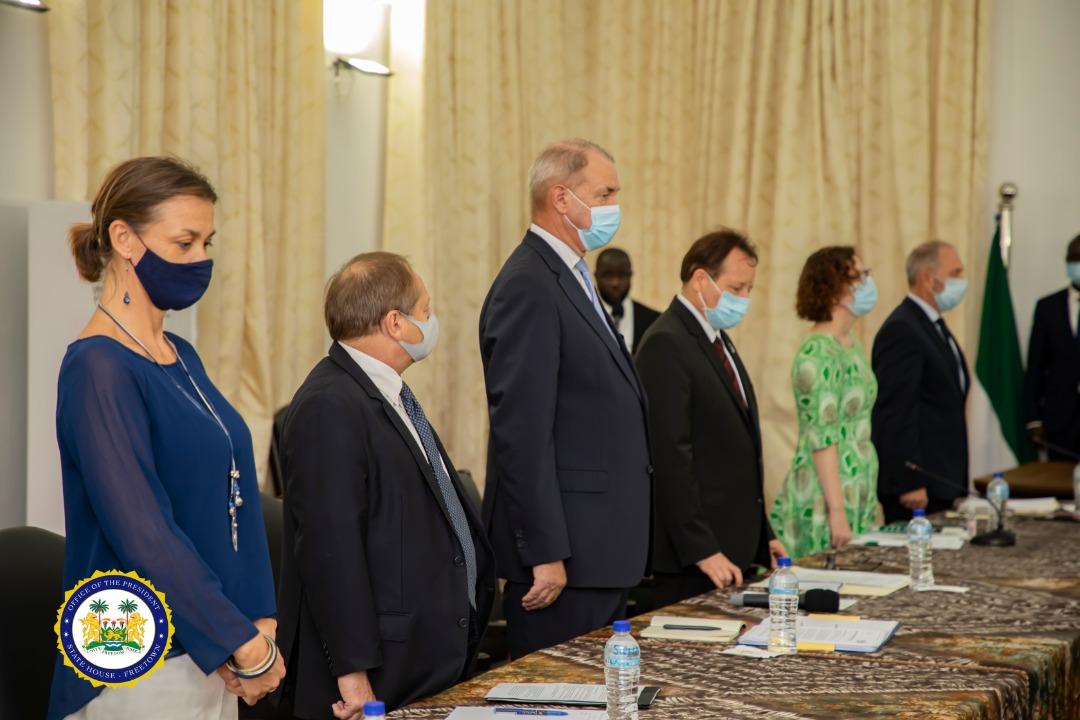 On Tuesday, 13 July 2021, President Julius Maada Bio hosted the EU Ambassador and the Ambassadors of the European Union Member States at State House for a Political Dialogue session.

The EU Political Dialogue with the Government of Sierra Leone was an opportunity to review the state of the relations between the EU and Sierra Leone. Both sides reconfirmed their commitment to an ambitious partnership agenda based on shared political and policy priorities.

Sustainable investment, job creation, the empowerment of women and girls and the environment figured prominently in the dialogue. The partners also discussed progress towards governance reforms and the human rights agenda, electoral reforms and the constitutional review process, developments in the democratic space, migration and prospects for the future of EU-Sierra Leone cooperation. The latter will focus on promoting a green economy, human development, support in the governance area and public finance management. Youth, women and girls will be the focus of the EU’s interventions. The EU is stepping up its overall resources to strengthen its partnerships in the world.

President Bio led a team of senior members of his administration that included the Chief Minister, the Minister of Planning and Economic Development, the Minister of Foreign Affairs, the Minister of Information, the Attorney General and Minister of Justice, the Deputy Minister of Trade and Industry, the Commissioner General of NRA, Head of the National Investment Board and the President’s Governance Advisor.

The dialogue was an opportunity to reconfirm the robust partnership between Sierra Leone and #TeamEurope and to agree on ambitions and priorities for the next phase of the partnership. Call for Proposal: Boosting Digital Innovation In The Energy Sector In Africa