23.09.2022 Press and information team of the Delegation to UGANDA

The annual International Day of Democracy event organised by the EU Delegation to Uganda and the Embassy of Sweden on 20th September 2022 focussed on the role of religious organisations in shaping Uganda’s democracy. 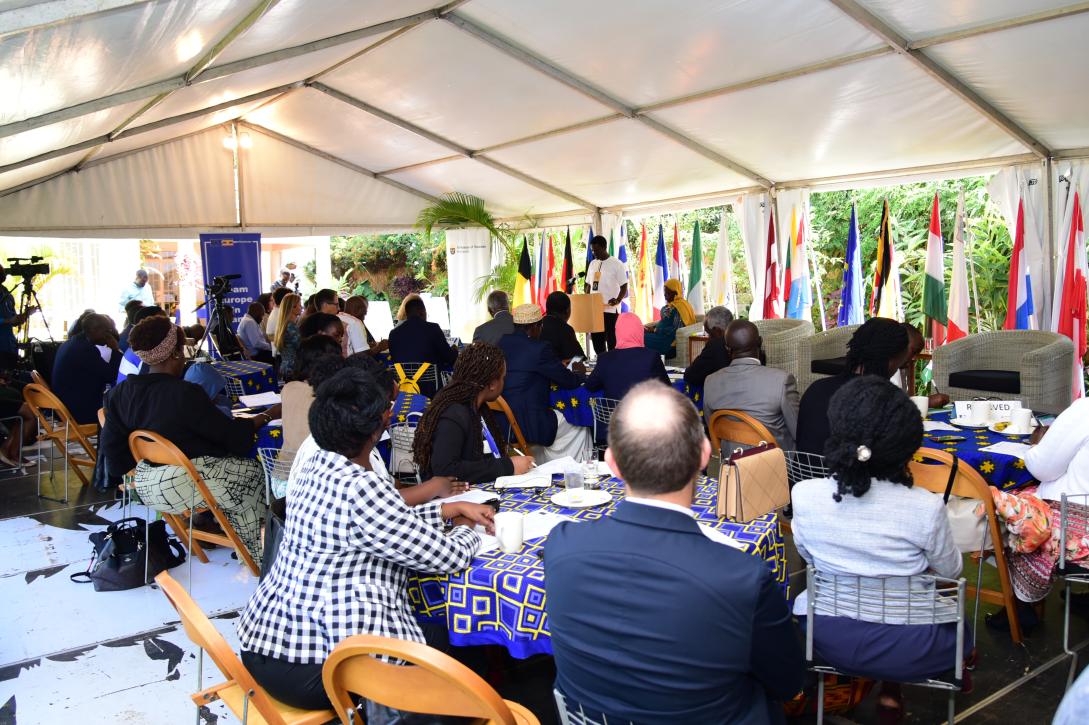 Opening the event, Ambassador of Sweden to Uganda H.E. Maria Håkansson noted the event was an “opportunity to create a more nuanced appreciation and understanding of the intersection between religious organizations and democracy in Uganda”.

In his keynote address, Head of Makerere University’s Department of Philosophy Dr. Jimmy Spire Ssentongo provided a historical perspective on the topic. His address traced the intersection between religion, democracy and politics before, during and after the colonial period in Uganda. Dr. Ssentongo’s presentation concluded that: Religion has been critical in Uganda’s journey of building democracy – both as a progressive and problematic factor. The most significant contribution in my view is the indirect one, through fostering education to address illiteracy, ignorance, and boost civic agency.”

A panel discussion moderated by Ms. Zulaika Nanfuka from the Uganda Muslim Youth Development Forum (UMYDF) followed the keynote address. During the panel discussion, Dr. Saidat Nakitto from Gulu University questioned where religious leaders draw the line when it comes to politics, asking whether they preach to politicians or support them instead Rt. Reverend Constantine Mbonabingi from the Uganda Joint Christian Council (UJCC) underlined the history of organised Christian religion’s activities since just after independence in 1963, underlining for example their observation report on the 2016 elections as a key contribution to the advancement of democracy. Member of the Elders Forum and former Principal Judge of the High Court Justice Ogoola recalled religious organisations’ attempts to create neutral platforms for inter-party debates and national dialogue and called for such efforts to be renewed.

The panel discussion was followed by lively question and answer session during which representatives of civil society organisations, religious groups, academia and the media advanced views on opportunities and challenges related to the interaction between religion and democracy in Uganda. Some raised the problem of conservative religious views coming into conflict with a rights-based approach and efforts to advance gender equality, while others questioned the impact of donations from the state to religious leaders in Uganda.

After this discussion, Commissioner Benard Mujuni from the Ministry of Gender, Labour and Social Development said the Government of Uganda supports religious institutions and works with them on a range of issues.  He also noted that civic space in the country was shrinking; a matter that needs the intervention of religious leaders. “There are more churches than schools and hospitals, which is a fundamental problem that needs to be addressed at community level,” he said.

The event was closed by H.E Jan Sadek, Ambassador-designate to Uganda. In his remarks Ambassador Sadek commended all participants for an informative and insightful discussion and stressed the need for all states and the international community to prioritise combatting all forms of religious intolerance, discrimination and violence.

The conversation also continued online under the hashtags #DriveforDemocracy and #DemocracyDay2022.