13.06.2022 Press and information team of the Delegation to the UN in Geneva

The Human Rights Council hold its fiftieth regular session from 13 June to 8 July 2022 at the Palais des Nations in Geneva. 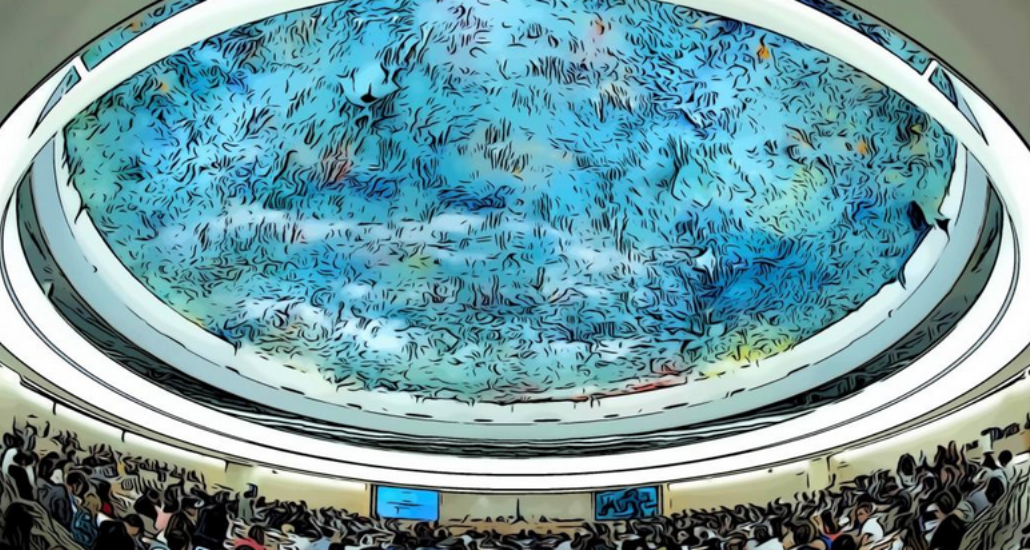 Michelle Bachelet, the United Nations High Commissioner for Human Rights, addressed the opening with an update on her annual report, followed by an interactive dialogue on the update on her report on the central role of the State in responding to pandemics and other health emergencies and the socio-economic consequences thereof in advancing sustainable development and the realisation of all human rights.

“Since we last gathered, the war in Ukraine continues to destroy the lives of many, causing havoc and destruction,” the High Commissioner said.

“The horrors inflicted on the civilian population will leave their indelible mark, including on generations to come. Its social, economic and political ramifications ripple across the region and globally, with no end in sight. A global food, fuel and finance crisis now risks plunging millions into food insecurity and poverty. 1.2 billion people live in countries that are severely exposed and vulnerable to all three dimensions of finance, food, and energy, simultaneously.”

The European Union condemns Russia’s unprovoked and unjustified war of aggression against Ukraine in the strongest possible terms. We will continue to support all measures to ensure accountability for human rights violations and violations of international humanitarian law in Ukraine, including acts that may amount to war crimes, and will stresses the importance of collecting, preserving and analysing the evidence relating to atrocity crimes. It is Russia’s war of aggression against Ukraine, one of the major breadbaskets of the world, especially for the Global South, which has disrupted global food chains and blocked the export of food from Ukraine towards the rest of the world. Food Security, with a specific focus on the most vulnerable countries, remains a top priority for the European Union and its Member States.

“The COVID-19 pandemic has impacted – and still impacts – the enjoyment of human rights worldwide, revealing once more how interconnected our societies are,” said the EU in its statement. “The pandemic affected economic, social and cultural rights, but also civil and political rights, including the space for civil society and individuals to access fundamental freedoms. It has had a disproportionate effect on women and girls, persons with disabilities and those living in vulnerable situations. Indeed, the pandemic demonstrated how all human rights are universal, indivisible, interdependent, interrelated and mutually reinforcing. Sustainable and inclusive development is the only road to building back better. Without fundamental human rights principles such as non-discrimination, equality, participation, accountability, and the rule of law, there can be no sustainable development. Good governance, inclusion, an open civic space and transparency are key to its achievement, as are inclusive political processes, which lead to more accountable governments and institutions. In this regard, we reiterate that all relevant government action must be time-bound and respect the principles of necessity, proportionality and non-discrimination, in accordance with international human rights law.”

The Council will hold eight panel discussions, including on the root causes of human rights violations and abuses against Rohingya Muslims and other minorities in Myanmar; on menstrual hygiene management, human rights and gender equality; on good governance in the promotion and protection of human rights during and after the COVID-19 pandemic; on the human rights of people in vulnerable situations in the context of climate change; and on countering the negative impact of disinformation on the enjoyment and realisation of human rights.

The annual full-day discussion on the human rights of women will be divided into two panel discussions focused on exploring the nexus between climate change and violence against women and girls through a human rights lens and on human rights-based and gender-responsive care and support systems.  The annual thematic panel discussion on technical cooperation and capacity-building will focus on the theme of the effect of technical cooperation on the full and effective participation of women in decision-making and in public life and on the elimination of violence, with a view to achieving gender equality and the empowerment of all women and girls.

All EU statements at HRC50 will be published here.

𝙄𝙣𝙩𝙚𝙧𝙉𝙘𝙤𝙣𝙣𝙚𝙘𝙩𝙚𝙙, an event by interns for interns, at the EU Delegation in Geneva

The European Union, new Chair of the Platform on Disaster Displacement