29.03.2022 Press and information team of the Delegation to the UN in New York 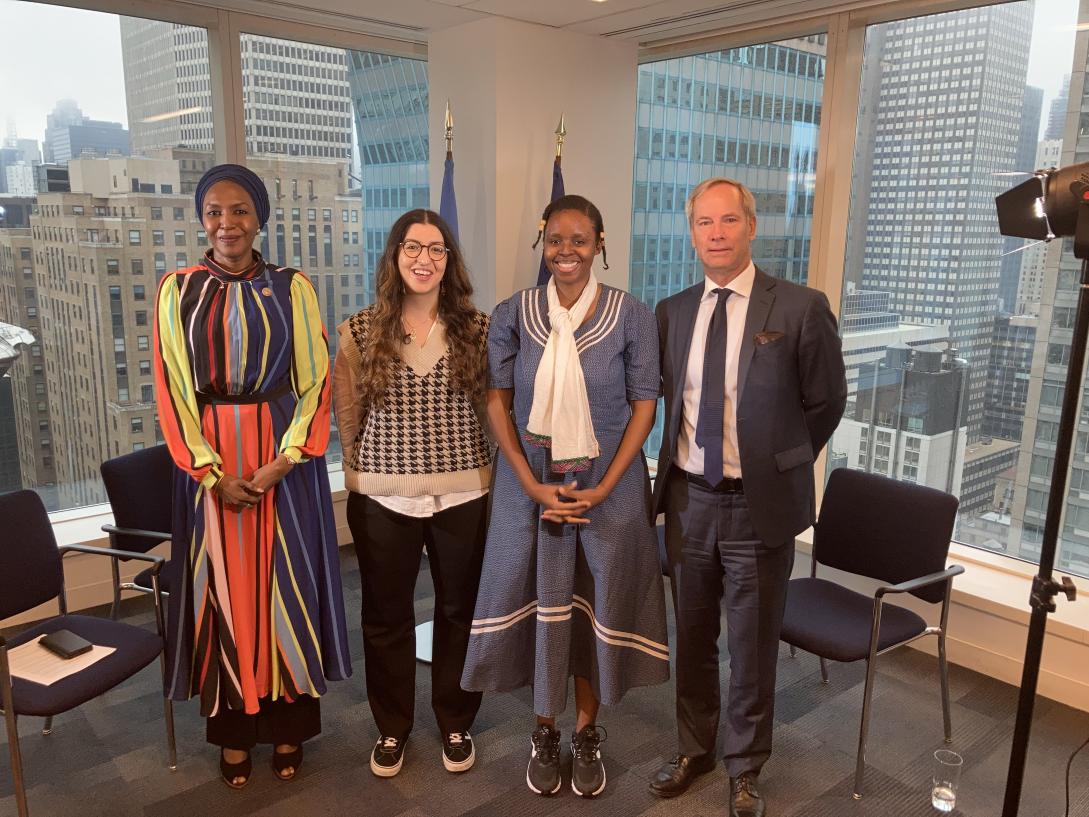 While the goal of the United Nations is to improve the daily lives of citizens around the world, the reality is more complicated. The UN is a complex organisation with dozens of offices and thousands of staff. The new EU Talks series aims to candidly discuss the UN’s work and how it delivers by engaging with diplomats and UN officials as well as experts, journalists and activists, creating, a valuable space, especially for young people.

The first episode covers one of the most important and largest gatherings in the UN Headquarters–the Commission on the Status of Women.

This year, the 66th Commission on the Status of Women, also well known as CSW, focused on the intersection of gender equality and climate change, environmental degradation, biodiversity loss and disaster risk reduction.

Given the urgency of these issues, the EU places a high priority on gender-transformative climate and environmental action with an emphasis on engaging youth from all regions. 2022 is also the European Year of Youth, which aims to bring young people’s voices and needs back to the centre of the EU’s policies and actions.

EU Talks is honoured to host African Union Ambassador H.E. Fatima Kyari Mohammed, who brings her extensive experience on issues like peace and security, socio-economic development, regional integration, organizational development to the discussion. Two other special guests include Antonette Ncube, who is from Botswana and a member of the AU-EU Youth Hub and part of the EU’s official delegation to CSW66 this year; and Yasmine Djelloul, Sweden’s Youth Delegate to the UN.

Europe Day NYC: Empire State Building to be lit in blue and yellow on May 8th

International Day for the Elimination of Racial Discrimination: Declaration by the High Representative on behalf of the EU