10.08.2022 Press and information team of the Delegation to the UN in New York 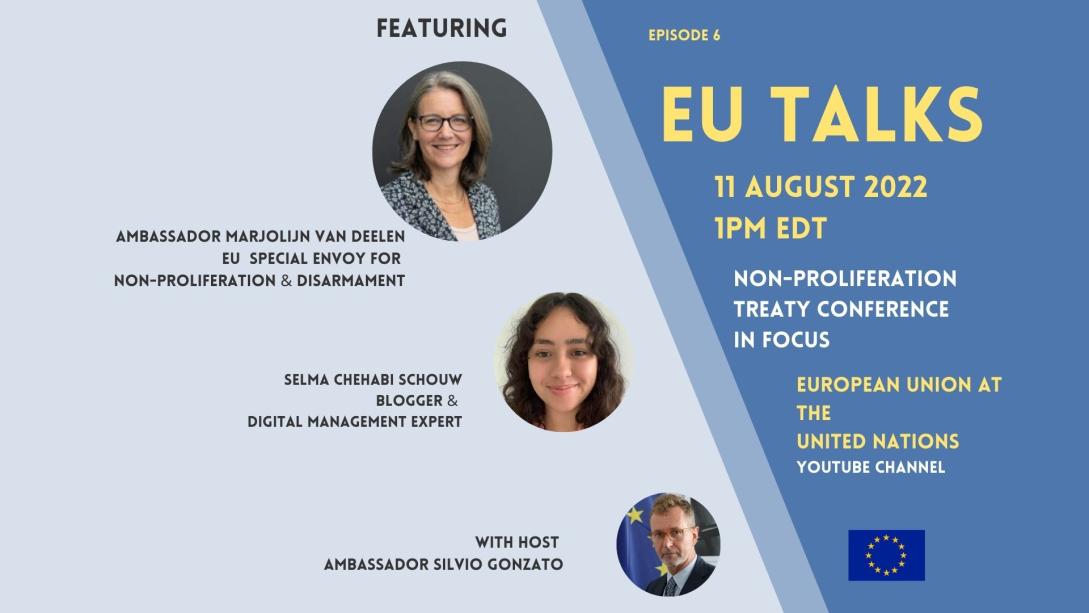 The Treaty on the Non-Proliferation of Nuclear Weapons (NPT) is a landmark international treaty whose objective is to prevent the spread of nuclear weapons and weapons technology, to promote co-operation in the peaceful uses of nuclear energy and to further the goal of achieving nuclear disarmament and general and complete disarmament. The NPT represents the only binding commitment in a multilateral treaty to the goal of disarmament by the nuclear-weapon States.

This episode of EU Talks will focus on the Treaty, why and how it works and on its positive results that it has made on the lives of ordinary citizens. While the immediate problems that the media is overflowing with should not be downplayed, they need to be seen against a background of decades of sensible development and the fact there is a set of rules, that we can demand is respected. The effect of the non-proliferation regime has so far been that the vast majority of countries have abstained from acquiring atomic arms, significantly lowering the global nuclear risk. More than half a century after its signing, the NPT remains largely intact. Its 10th review conference will be affected by the present challenges.

EU announces historic €715 million for the Global Fund to save millions of lives from AIDS, tuberculosis and malaria *