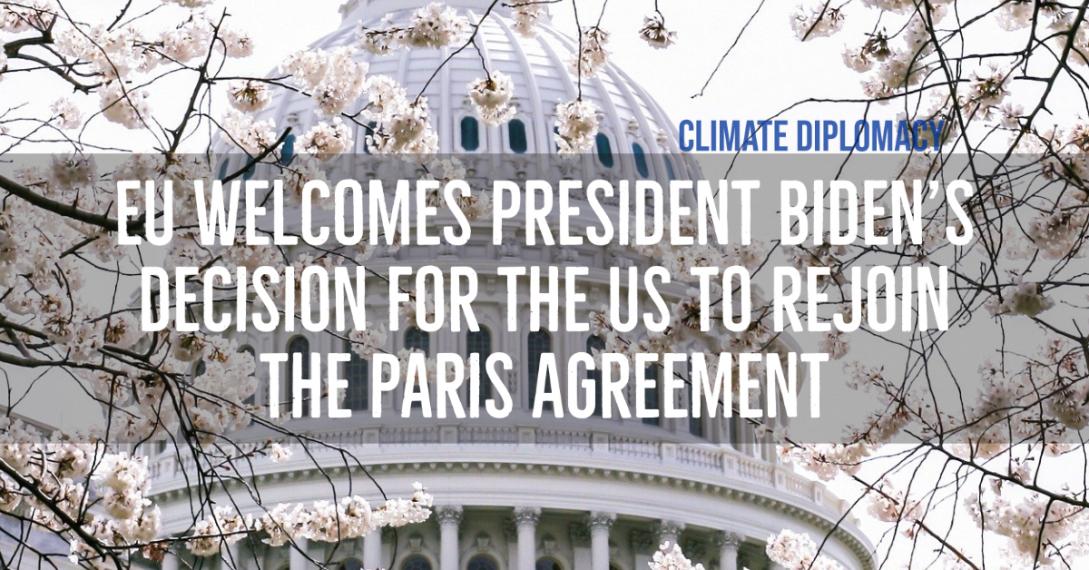 Following the inauguration of President Biden, the EU is immediately engaging with the new U.S. Administration on tackling the climate crisis. In a bilateral videoconference this afternoon, Executive Vice-President for the Green Deal, Frans Timmermans, will discuss the preparation of the COP26 climate summit with the U.S. Special Presidential Envoy for Climate, John Kerry.

The European Union welcomes the decision by President Biden for the United States to re-join the Paris Agreement on climate change. We are looking forward to having the United States again at our side in leading global efforts to combat the climate crisis. The climate crisis is the defining challenge of our time and it can only be tackled by combining all our forces. Climate action is our collective global responsibility.

The United Nations Climate Change Conference (COP26) in Glasgow this November will be a crucial moment to increase global ambition, and we will use the upcoming G7 and G20 meetings to build towards this. We are convinced that if all countries join a global race to zero emissions, the whole planet will win.

The EU submitted a new Nationally Determined Contribution to the UNFCCC Secretariat in December 2020, as part of its implementation of the Paris Agreement. The EU has committed to a 55% net reduction of its greenhouse gas emissions by 2030, compared to 1990 levels, as a stepping stone to achieving climate neutrality by 2050.