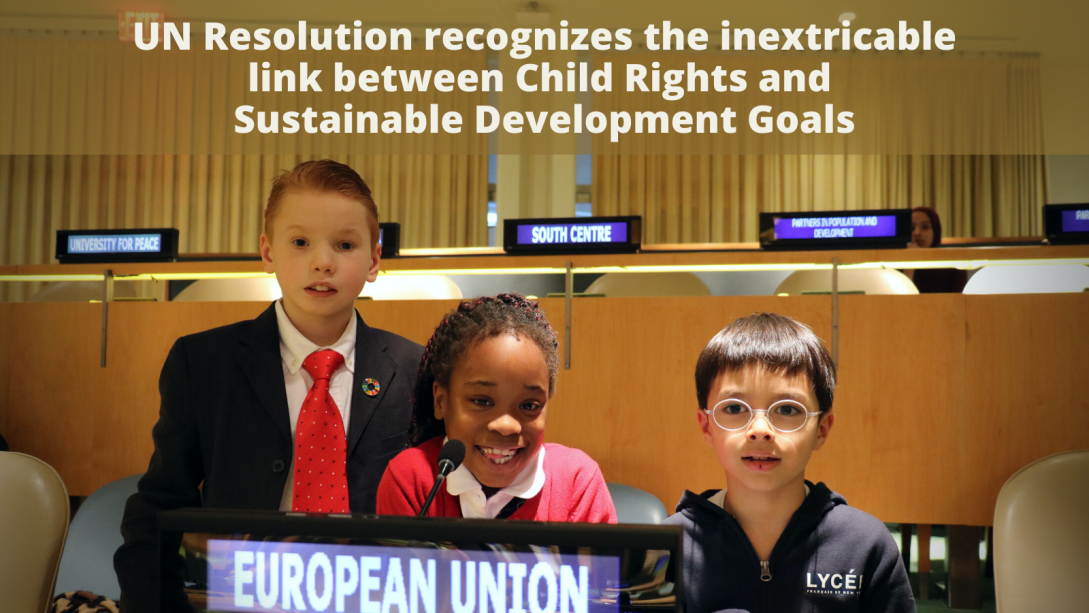 On 18 November 2021, the UN Resolution on the Rights of the Child was adopted by consensus by the Third committee of the General Assembly. The EU facilitated this resolution, in co-operation with the penholder, the Group of Latin America and Caribbean countries (GRULAC), with a focus on the rights of the child and the Sustainable Development Goals.

The resolution focuses on the inextricable link between the 2030 Agenda and the Right of the Child in accordance with this year’s UN Secretary-General’s report on the Status of the Convention. Beyond the sustainable development goals (SDGs) dedicated to children explicitly, all SDGs have an impact on child rights; and the promotion and fulfillment of the rights of the child is a fundamental and necessary step for the attainment of all SDGs.

Two pressing challenges were widely addressed in this resolution: digital and the environment issues. Both present risks – including cyberbullying – and opportunities, such as boosting digital skills and education, and bridging the digital divide. Both also demand that children be at the centre of our strategies.

The resolution breaks new ground in its references to “sexual gender-based violence” and incorporates a gender perspective on children’s rights as a cross-cutting element.

The resolution also reflects on the progress made in accelerating the 2030 Agenda, as well as on the effects of the COVID-19 pandemic on children and their rights. The text, which also renews the mandates of the Special Representatives of the Secretary-General on Violence against Children and for Children and Armed Conflict, calls for the first time on the UN system to mainstream children’s issues in their activities.

The EU's commitment is reflected in its policies and actions, the cornerstone of which is the EU Strategy on the Rights of the Child (March 2021), complemented by the European Child Guarantee (June 2021). The strategy is organized in six thematic areas:

This strategy has been developed closely with citizens, including consultations with more than 10,000 children, and reflects the endeavour of the EU to empower and to actively listen to children. Its implementation will involve creating deliberative spaces to involve children in the decisions that affect them and in their follow-up, thus recognizing children as true positive agents of change