Who Rules the World? Tune-in and find out as EU Youth Delegates discuss global issues.

30.11.2022 Press and information team of the Delegation to the UN in New York

Who Rules the World?: a podcast by EU Youth Delegates to the UN was launched in late October, to mark UN Day, with an interview by the UN Secretary-General’s Spokesperson Stephane Dujarric focusing on the history and work of the global body (Episode 1).

Each episode will address issues discussed at the UN and the EU. From current events to explainers on how these complex institutions work, with a spotlight on relevant international days and events, the goal is to bring the UN and global issues closer to the general public and particularly young people, who may not be familiar with the UN or the EU.

The Who Rules the World podcast is part of the #OurVoiceOurFuture campaign launched by the European External Action Service. 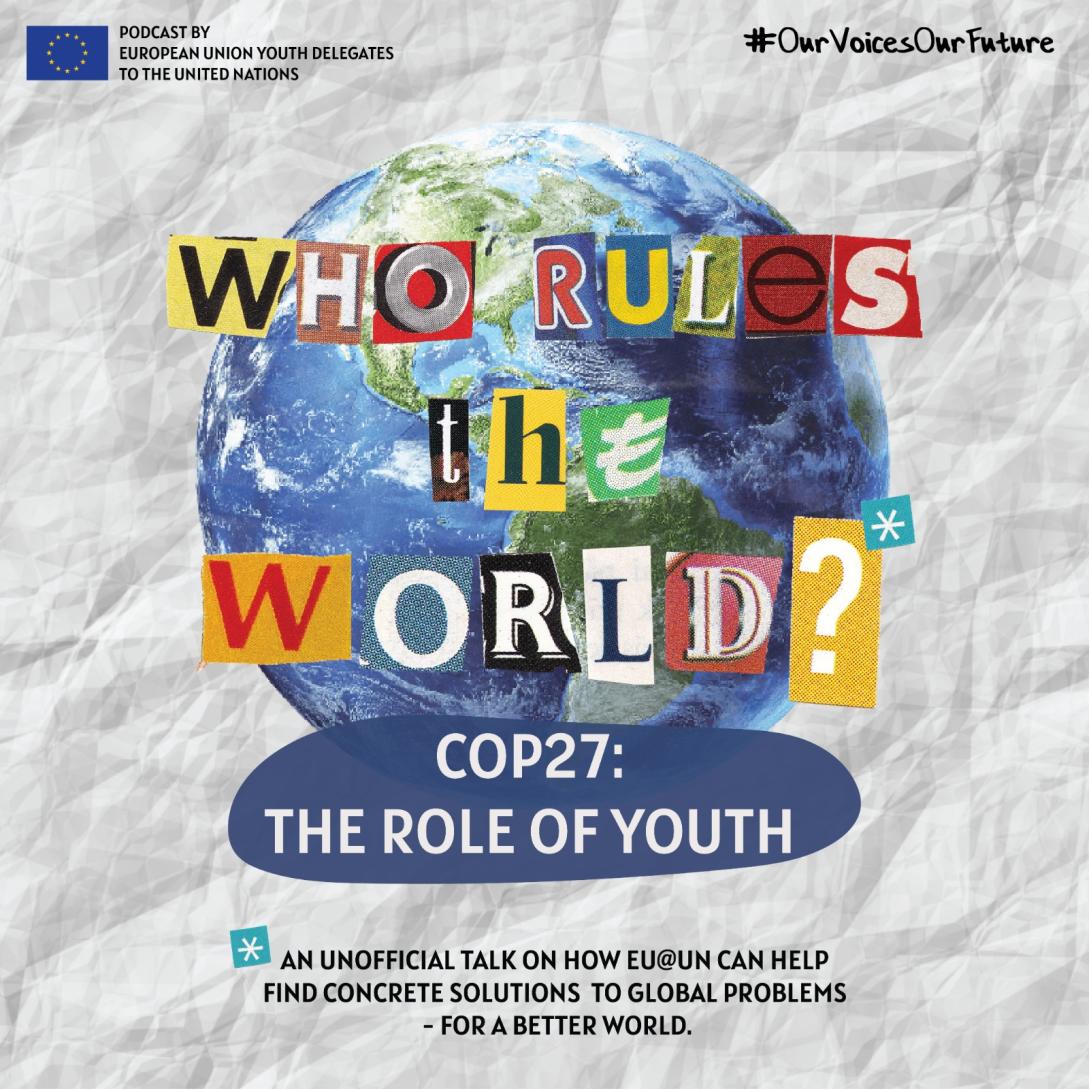 The UN Climate Conference, COP27, focused on involving youth. The organizers made this clear by allocating a full day for a youth conference and selecting COP27 youth envoys. Youth were everywhere: young people from all over the world, including indigenous people, had the chance to meet in Egypt from 6-18 November.

Unfortunately not all countries had youth representatives present at the conference, and the involvement of young people in the actual negotiations was limited, even though a youth-led initiative about training young negotiators was launched. This initiative enables young people to learn more about COP27 negotiations.

Episode 2 of Who Rules the World, recorded by youth delegate Nadia Gullestrup Christensen, is a live conversation from the heart of Sharm-El-Sheikh in Egypt during COP27. Nadia’s interlocutor is Joshua Amponsem, the climate lead for the UN Secretary-General’s Envoy on Youth and the founder of the Green Africa Youth Organization, which empowers young people to work on environmental sustainability. This episode covers different youth initiatives at COP27 and how they function. Nadia and Joshua also discuss ways to improve youth involvement at COP28 and beyond.

Listen to Who Rules the World Episode 2: COP27 - The Role of Youth on SoundCloud. Coming soon on Apple podcast and Spotify.

Who Rules the World - Negotiating the UN Budget: Follow the Money!

Youth in Action: Meet the EU Youth Delegates to the UN