The EU Steps Up its Cooperation with the U.S. Climate Alliance 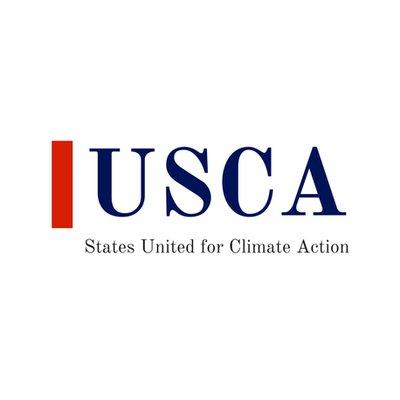 Climate change induced natural disasters are growing in frequency and intensity. Social and economic impacts are already being felt across the globe today. Thus, increasing resilience and adapting to the worst effects of climate change is a critical priority for both the European Union (EU) and the U.S. Climate Alliance, which can also bring world class expertise and solutions to address those challenges.   By hosting a forum in Washington, DC on 8 November 2019 where practitioners can share experiences and identify opportunities for further collaboration, the EU seeks to improve overall resilience and decrease the cost of response to climate impacts. This workshop explores deepened cooperation with the U.S. Climate Alliance to build resilience through dialogue and technical exchange. It will also highlight individual strengths and expertise and propose next steps.

The United States Climate Alliance is a bipartisan coalition of governors committed to reducing greenhouse gas emissions consistent with the goals of the Paris Agreement.

Smart, coordinated state action can ensure that the United States continues to contribute to the global effort to address climate change. U.S. Climate Alliance states are committed to taking real, on the ground action that urgently addresses the climate challenge. 25 States and territories are part of the Alliance, which represents 55% of the U.S. population and an $11.7 trillion economy.

How the EU supports climate action by U.S. subnational actors

The EU has been at the forefront of global climate action, negotiating an inclusive international framework to respond to this challenge, while acting domestically with unity, speed and decisiveness. The EU has put concrete actions behind its Paris Agreement commitments, in line with the priority of establishing an Energy Union with a forward-looking climate change policy. A recent report showed that the EU's CO2 emissions had reduced by -22% since 1990 (while EU GDP has increased by 61%), when U.S. emissions have increased by 4%. In 2018, EU emissions decreased by -2%, while U.S. emissions increased by +3% (reversing the decreases seen since 2015).

Despite the official notification of the upcoming withdrawal of the U.S. from the Paris Agreement, made on 4 November 2019, the EU believes that the Paris Agreement has strong foundations and is here to stay. Its door remains open and we hope that the U.S. will decide to join it again one day.

Meanwhile, the EU will continue to support climate action at the U.S. subnational level, including through:

European Commission Communication ahead of the 2019 UN Climate Action Summit

Global Covenant of Mayors for Climate and Energy

EU Now Podcast: "Are Cities the Frontrunners of Climate Action?"

EU Now Podcast: "The Story of U.S. States and Cities Delivering on the Paris Agreement"