20.06.2022 Press and information team of the Delegation to URUGUAY

From 13 to 17 June, a group of Uruguayan journalists visited EU institutions in Brussels as part of a joint Uruguay-Argentina media outreach programme. 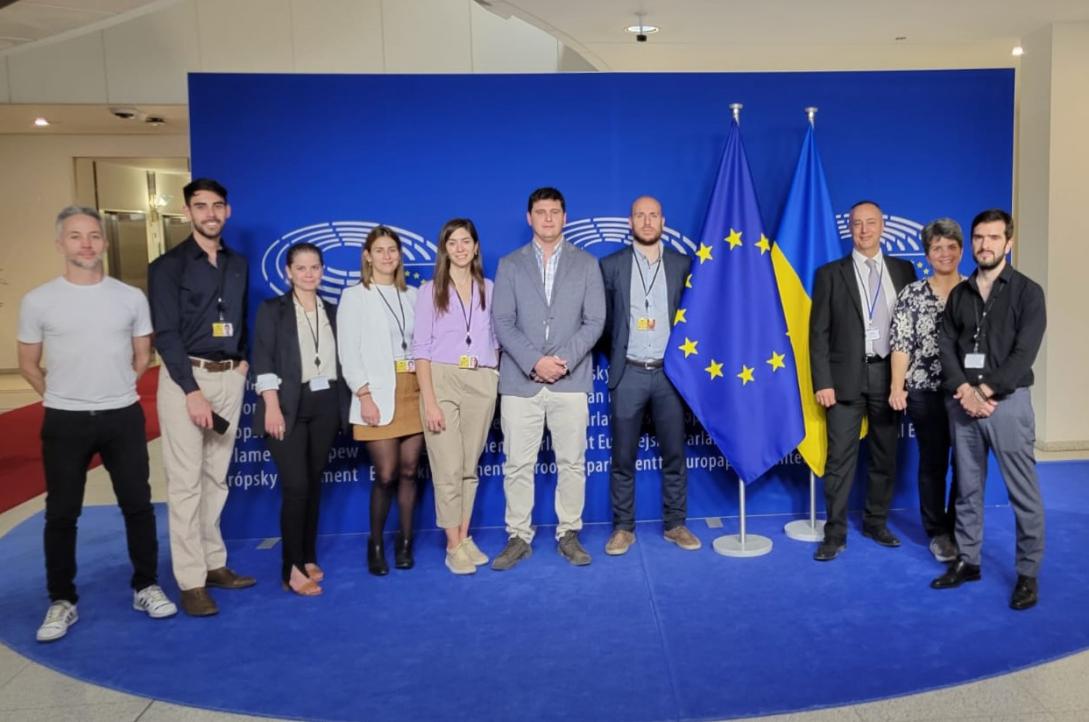 Building on the success of previous visits, the EU Delegation decided to organise another visit by Uruguayan journalists to EU Headquarters in Brussels. The visit took place from 13 to 17 June, and was carried out jointly with journalists from neighbouring Argentina.

Prior to the visit the EU Ambassador met with the journalists to gage their knowledge of EU affairs, encourage them to prepare for the visit and allow them to know each other better. The visit programme was varied, thorough and intensive. It allowed participating journalists to broaden their knowledge of EU institutions and deepen their understanding of EU policies in crucial areas such as political and trade relations with Latin American countries, human rights and environmental protection, among others. Uruguayan journalists had the added bonus of a dinner invitation by the Uruguayan Ambassador to Belgium & the EU, Pablo Sader. Journalists were encouraged to network among themselves and with their Argentine peers throughout the visit, as a way to exchange views on the issues seen in the different sessions included in the programme. Call to civil society organizations on agroecology and biodiversity