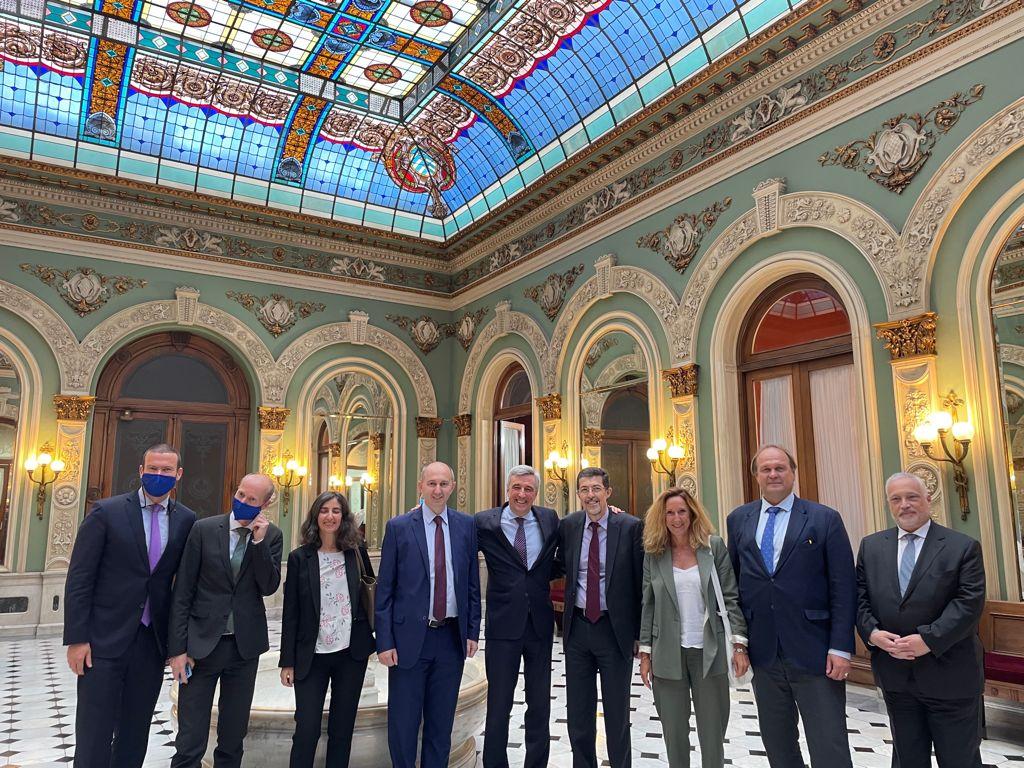 It was held at the Ministry of Foreign Affairs with the participation of senior officials from the EU and Uruguay.

The representatives of Uruguay and the European Union examined the status of their dialogue at bilateral, bi-regional and multilateral levels, highlighting their great satisfaction over the excellent state of relations between them and reaffirming their willingness to continue deepening this relationship.

The meeting provided an opportunity to exchange views on issues of common concern and future international challenges. The representatives of Uruguay and the EU exchanged opinions on joint initiatives regarding the care for the environment, sustainable development, the fight against climate change, the defence of democracy, the protection of human rights, the rule of law, policies to combat the production and trafficking of illicit drugs, maritime governance, the maintenance of international peace and crisis management (where the possibility of signing a framework agreement will be studied). The value of close and effective international cooperation to address the impact of the current global crisis related to COVID-19 and the joint promotion of a green and equitable recovery was also highlighted.

Both delegations reaffirmed the importance of completing the negotiations towards an EU - Mercosur Association Agreement, and reiterated their maximum commitment to the prompt and successful conclusion of these negotiations, that will strengthen the close alliance in the region. The application of this agreement will bring socio-economic benefits to both regions and will guarantee the highest standards of socio-environmental protection.

Uruguay and the EU exchanged points of view on the situation in Latin America and Europe, and on the perspectives of dialogue and regional cooperation between the EU, Latin America and the Caribbean. The two delegations also reaffirmed their commitment to strengthening the multilateral system as a means of finding long-term solutions to the multiple global challenges facing the international community. The two delegations agreed on the need to continue efforts towards an effective multilateralism, based on rules and on the principles established in the Charter of the United Nations. They also confirmed the value of effective regional integration through existing agencies.

Representatives from both sides reiterated the importance of putting into practice the Sustainable Development Goals established in the 2030 Agenda and ensuring the rapid implementation of the Paris Agreement within the framework of the United Nations Convention on Climate Change.

In this sense, both delegations agreed that cooperation plays a fundamental role in achieving the objectives of their priorities and their international commitments. They recognized the new quality that cooperation between the EU and Uruguay has achieved, based on shared priorities, such as the bilateral fund for Development in Transition. They established the importance of supporting all countries in their transition to development and Uruguay's potential to help other countries on their path to sustainable development. Therefore, both sides will seek to strengthen triangular cooperation, with Uruguay as a supplier. They also expressed their intention to intensify their cooperation in the field of the new European cooperation instruments for the 2021-27 period, in priorities such as digital transformation, based on shared universal values, and the objectives of the European Union’s Green Deal.

Finally, a broad exchange was held on current and future areas of cooperation, such as science and technology, education, climate change and infrastructure, and both sides reaffirmed their commitment to continue improving work in all areas of common interest.