16.05.2022 Press and information team of the Delegation to YEMEN

The EU Delegation to Yemen organised a reception on Wednesday, 11 May in Amman to celebrate Europe Day, which was attended by Yemen’s Ambassador to Jordan Ali al-Amrani, EU ambassadors accredited to Yemen, the UN Special Envoy for Yemen Hans Grundberg, diplomats and representatives of Yemen’s civil society. In his remarks, Ambassador Gabriel Munuera Viñals underscored EU’s commitment to advance peace in Yemen and the strong partnership between the EU and Yemen. 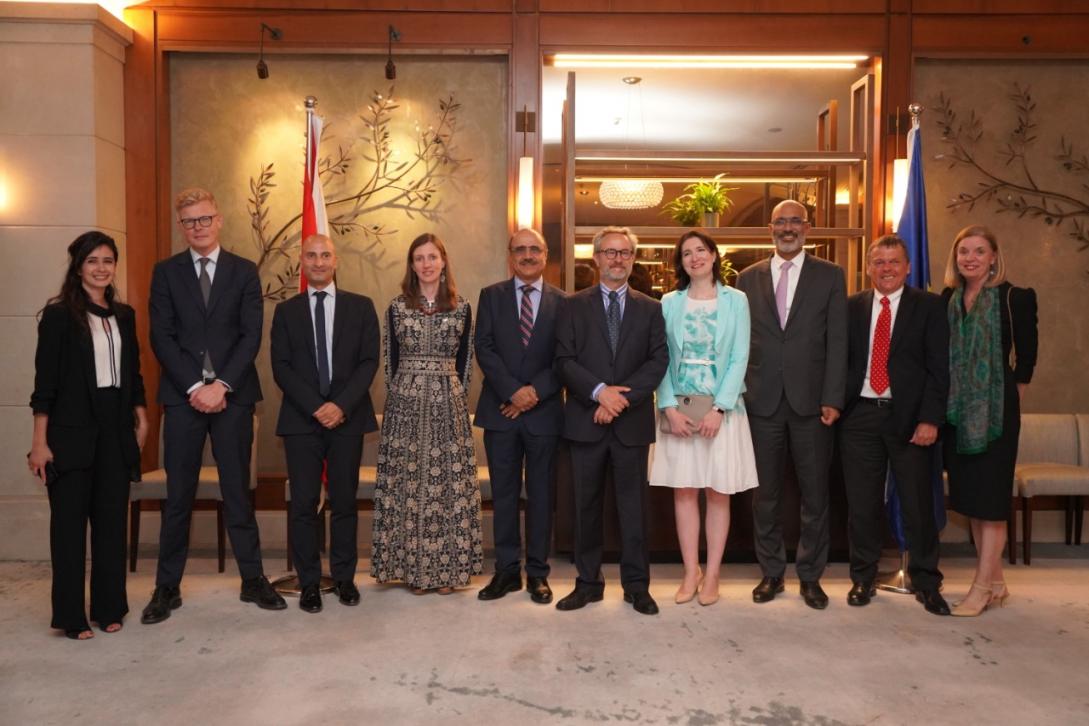 Ambassador Munuera Viñals noted that despite all the challenges to peace in Yemen there are signs of hopes and a window of opportunity at present that we must try to seize. He pointed out that the UN Special Envoy for Yemen Hans Grundberg has succeeded in brokering a countrywide truce and reiterated EU’s strong support for the UN-led peace efforts.

In his remarks, Ambassador Munuera Viñals commended the crucial role played by Yemeni women and youth to promote peace and ensure that Yemenis can enjoy peace and the dividends of peace.

Pointing out to the fundamental role of the press in any democratic system, Ambassador Munuera Viñals reiterated EU’s call for the immediate and unconditional release of detained journalists in Yemen.

Ambassador Munuera Viñals underscored that the EU and its Member States are truly united in their efforts to contribute to advancing peace in Yemen, alleviating the suffering of Yemenis and supporting long-term recovery.

Entrepreneurship by Yemenis, for Yemen: #TalkAboutYemen