How has the European Union’s foreign policy evolved in the last years? What have been the main achievements? What are the biggest opportunities and the main challenges for the EU in a rapidly changing landscape? 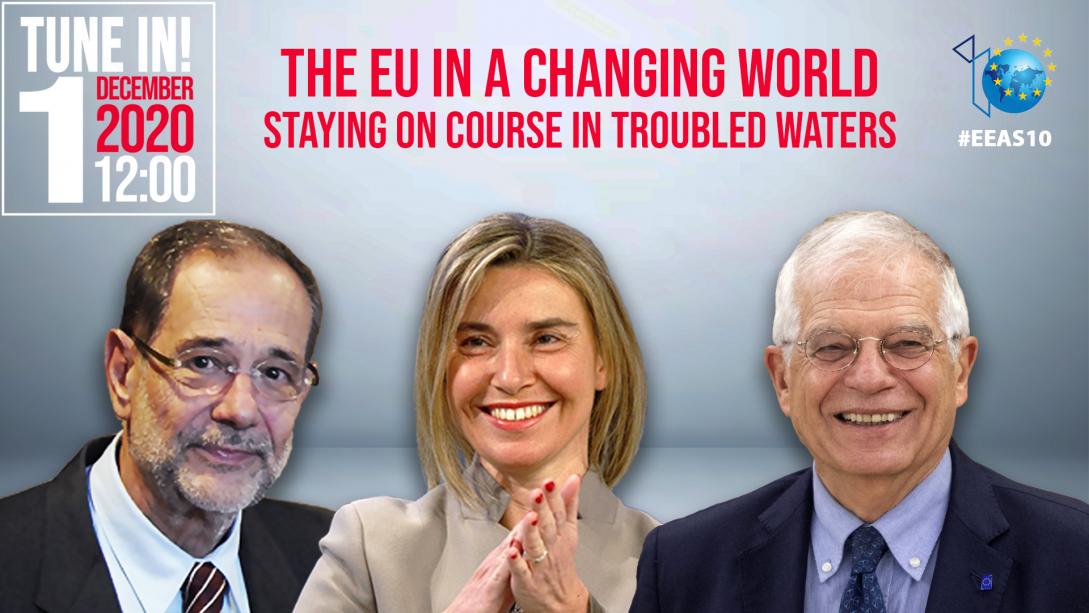 The EU willing to speak “the language of power”, working with others but going it alone when needed, and its role as mediator in international conflicts were among the guiding topics of an online debate among the EU High Representative Josep Borrell and his predecessors Federica Mogherini and Javier Solana that took place on 1st December 2020, at 12:00 - 13.15.

This debate has officially kicked off a series of events to mark the 10th anniversary of the European Union External Action Service.

The discussion, moderated by Christine Ockrent, has been live streamed on:

The debate has been conducted in English. Live interpretation was available on the Council web streaming in French, German and Spanish.

Participants were able to propose questions during the debate on social media or on slido.com #EEAS10

Take a look at this recap video from the debate: