To celebrate the 25th anniversary of the Asia-Europe Meeting (ASEM), the European Union in partnership with the Centre for Fine Arts-Brussels (BOZAR) and the Asia-Europe Foundation (ASEF) hosted the ASEM Day Virtual Celebration on 7 March 2021. 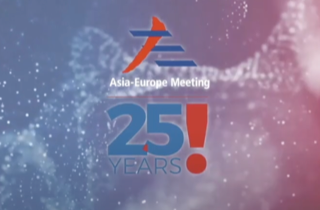 The event featured the launch of the digital exhibition, ‘A Passage to Asia: 25 Centuries of Exchange between Asia and Europe’ and a dialogue forum on the evolving forms of cooperation between museums in the two regions.

Through the 3D digitization of 18 of its most fascinating artworks, the digital exhibition explores under seven different themes the rare cross-fertilisation of ideas and cultures that nurtured Asia-Europe partnership for more than 25 centuries.

In the second part of the event, the dialogue forum brought together Mr Anselm Franke, Head of Visual Arts and Film, Haus der Kulturen der Welt; Ms Natasha Ginwala, Artistic Director, 13th Gwangju Biennale, Artistic Director, COLOMBOSCOPE, Associate Curator, Berliner Festspiele, Gropius Bau; Ms Zoe Gray, Senior Curator, Wiels-Centre for Contemporary Art, Brussels; and, Mr Kennie Ting, Director, Asian Civilisations Museum, Singapore. This discussion was moderated by Ambassador Leon Faber, Deputy Executive Director, Asia-Europe Foundation (ASEF). Each of the speakers shared their experiences of the impact of the pandemic on their practice, the changes adopted by their institutions to address the ‘new normal’ and reflected on the future of cooperation between museums and cultural institutions in the future.

Watch the digital event and the debate

The Virtual celebration was organised with the support of the EU’s Partnership Instrument.

The Asia-Europe Meeting (ASEM) is a unique, informal platform for political dialogue and cooperation between Asia and Europe launched in 1996. It brings together 53 partners, including 51 European and Asian countries, the European Union (EU), and the Association of Southeast Asian Nations (ASEAN) Secretariat.

ASEM partners represent 65% of global GDP, 60% of the global population, 75% of global tourism and 60% of global trade. The ASEM Summit takes place every two years, alternating between locations in Asia and Europe, to set out the priorities of the partnership. Foreign Ministers’ Meetings are organised between the ASEM Summits. Besides the biennial Summit and the Foreign Ministers’ Meeting, a plethora of other meetings between ministers and senior officials covering the topics of education, culture, transport and migration are held.

ASEM is not just a meeting of governments, political leaders and senior officials. It is a platform for the people of Europe and Asia to foster joint actions towards a common future. For 25 years, ASEM has been the most comprehensive partnership between Asia and Europe, crossing hands across continents.

Digital exhibition, Online
How to join?