From the beach to the pub, a week packed with climate action in Iceland!

The EU Delegation in Reykjavik organised an intensive programme of events to mark Climate Diplomacy Weeks in Iceland, starting with a beach clean in the margins of the #EUBeachCleanUp and closing with a quiz at the pub! 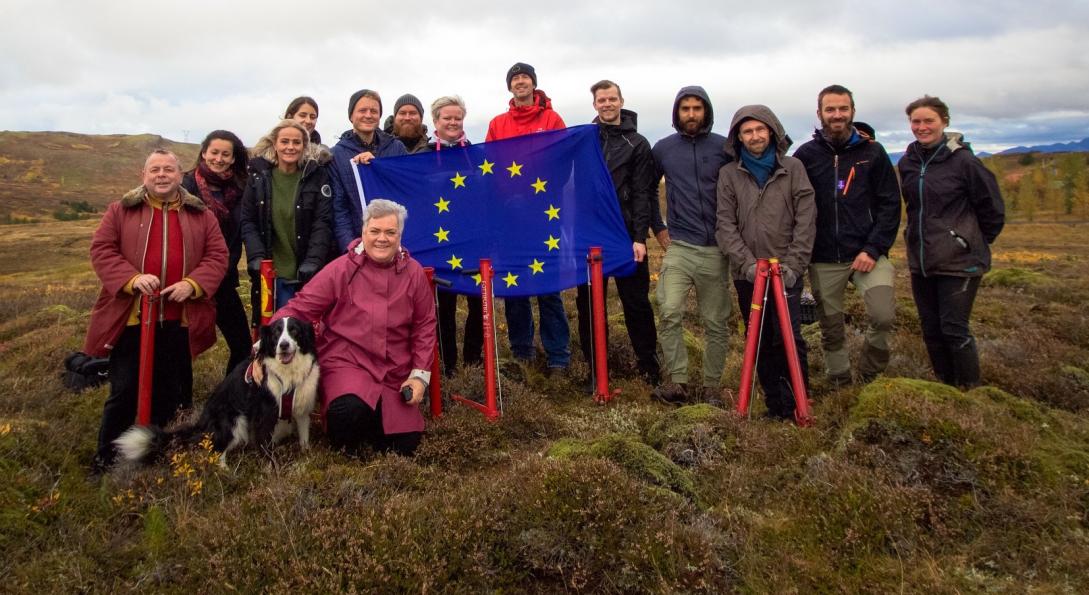 The week began on Saturday, 21st September, with the Delegation joining a beach clean-up on World Clean-Up Day, organised by Blai herinn (the Blue Army), a group of volunteers set up by former diver Tommi Knutsson, which has been clearing plastic litter and fishing nets off Icelandic beaches for more than 20 years. This was the Delegation's third participation in a beach clean-up this year, and followed its first link-up with Blai herinn in 2018. Bad weather forced the group to abandon the original plan to clean two islands just off the coast of Reykjavik, but they nonetheless set to and spent three hours cleaning an area near the harbour.

On Tuesday, September 24th, the Delegation – ably assisted by the French Embassy and a group of Erasmus students - planted 500 trees in a new forest being established near the site of the ancient Viking parliament, at Thingvellir. Last year, the Delegation asked Kolvidur, the Icelandic Carbon Fund, to measure its carbon footprint. It signed a contract with the organisation to plant trees every year not only to offset its office carbon emissions, but to go further still, in order to help Iceland with its major reforestation programme. Iceland was heavily tree-covered when the first settlers arrived around the year 1000. But it did not take long before the early Icelanders had cut down much of the forests for building and heating. Just 2% of Iceland is now wooded. With the onset of climate change, and a government led by the Left Green Movement, Iceland has now embarked on a large-scale tree-planting programme. The reclamation of wetlands which have been drained for agriculture is also increasing as part of Iceland's Climate Change Action Plan, and the EU Delegation also contributes to the wetland reclamation fund.

On Wednesday, September 25th, the Delegation organised a seminar together with the University of Iceland, which brought together young environmental activists, student leaders, young researchers and representatives of the Icelandic business community. Following an opening speech from EU Ambassador Michael Mann on the EU's leading role in climate action, the participants looked at the role of young people in fighting climate change and looked at how the business community can do more to contribute to what is arguably the greatest challenge currently facing the world.

Finally, on a light-hearted note, the EU Delegation team showed its talents by winning the pub quiz organised to publicize the Reykjavik Climathon, featuring questions with a climate theme. As in previous years, the Delegation is sponsoring the Reykjavik Climathon on 25-26 October, when young people come together for 24 hours to discuss the issues and take part in a competition to develop the best climate change-themed project.