The civilian CSDP Mentoring Programme for Women was launched this Tuesday, 13 April, with a virtual kick-off event. 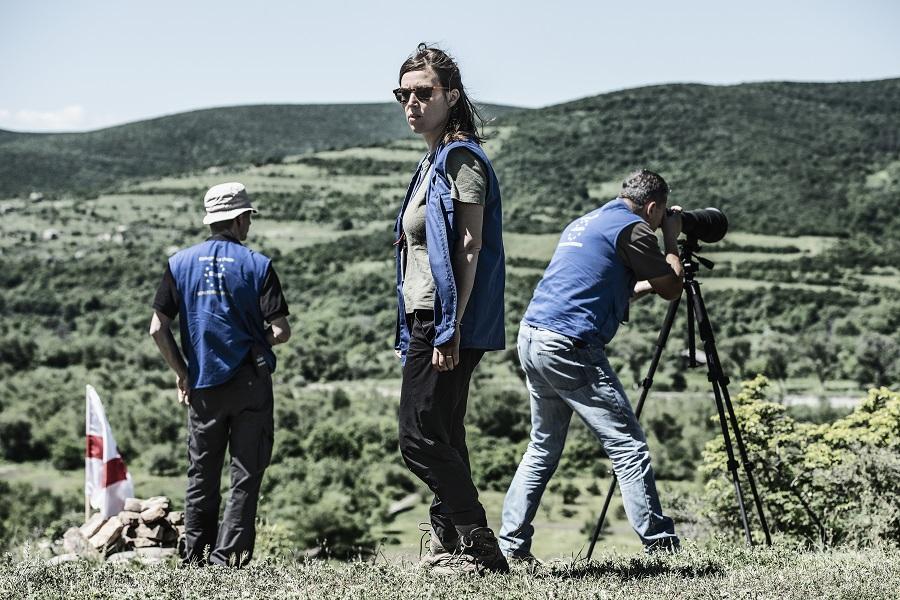 The kick-off event was opened by the Dr. Volker Jacoby, Director of the European Centre of Excellence for Civilian Crisis Management who welcomed the fifty-two participants from nine civilian CSDP missions to their mentoring journey. The first female Deputy Civilian Operations Commander and Chief of Staff Birgit Loeser from the operational headquarters of the civilian CSDP Missions (CPCC) inspired the participants by sharing personal experiences from throughout her career.

The CSDP Mentoring Programme for Women is a new initiative offered to international personnel in civilian CSDP missions by the European Centre of Excellence for Civilian Crisis Management (CoE). It offers support and guidance for mentees and mentors in a structured seven-month mentoring programme. The CSDP Women’s Mentoring Programme is a pilot project, developed and conducted in close cooperation with the Civilian Planning and Conduct Capability (CPCC), the EEAS Directorate serving as the Operational Headquarters for the civilian CSDP missions, and in consultation with the EU Monitoring Mission (EUMM) in Georgia.

During the kick-off event the future mentors and mentees got a chance to introduce themselves and get to know each other in an interactive session guided by inclusive leadership coach Lena Moll. In the span of the next seven months, mentors and mentees will take part in monthly workshops complementing the regular meetings of the mentoring pairs.

“Although the mentoring process is intended to foster the personal and professional development of the mentees as managers, the aim of this programme goes beyond the individual mentoring relationships. It aspires to expand networking, to create a community, and to support a more inclusive workplace culture”, explains Taina Järvinen, coordinator of the mentoring programme at the CoE.

The Civilian Planning and Conduct Capability (CPCC) is the EEAS Directorate serving as the operational headquarters for the currently 11 civilian CSDP Missions.

The European Centre of Excellence for Civilian Crisis Management (CoE) is an international association based in Berlin. It was established in February 2020 following an invitation to all EU Member States by the German Federal Foreign Office. The CoE is an organisation that supports its current 19 members and EU Institutions, particularly the European External Action Service (EEAS), in implementing their commitments under the Civilian CSDP Compact. More generally, the CoE helps enhance civilian capacities to strengthen EU crisis management. It was officially opened on September 17, 2020 in Berlin.

This article is a slightly edited version of the original article published by the CoEhttps://www.coe-civ.eu/news/article/launch-of-the-csdpwomens-mentoringprogramme.