On Saturday, 9 May 2020, New Yorkers will, for the 12th year in a row, be able to see the Empire State Building tower lighting up the sky in blue and yellow. 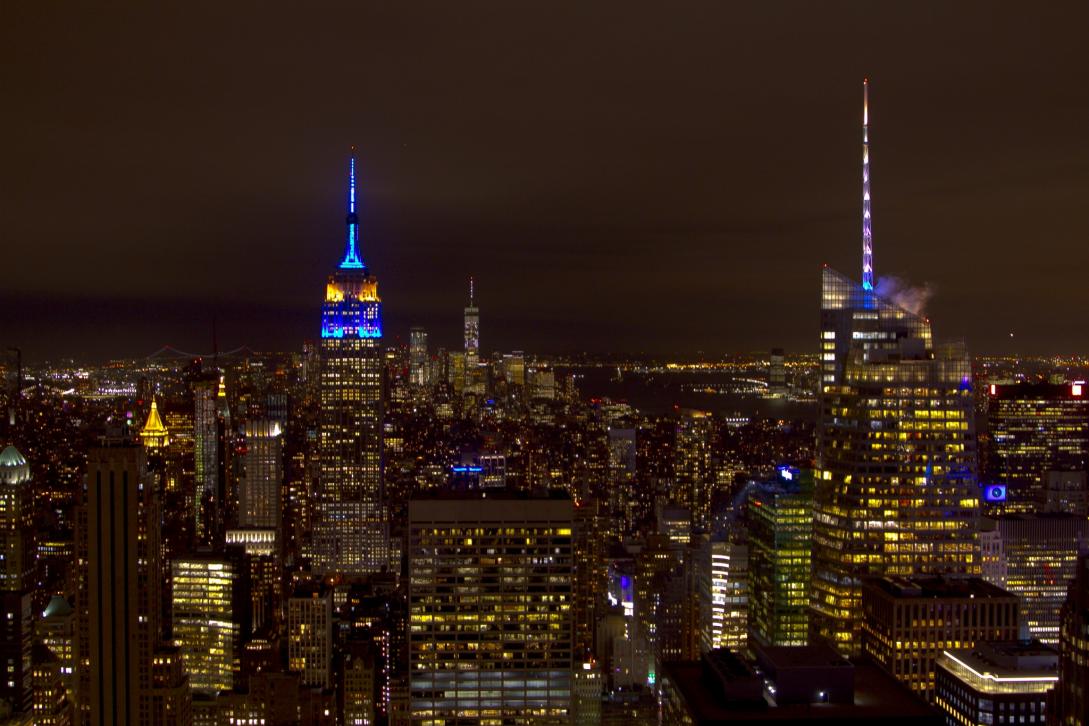 On Saturday, 9 May 2020, for the 12th year in row, the Empire State Building tower will be lit in blue and yellow to to celebrate Europe, its citizens, values and culture. From its founding to the present day, New York City has strong connections to Europe and Europeans.

This year, the blue and yellow colors of the ESB tower will send a message of support and solidarity to first responders and healthcare, transportation, grocery store workers as well many, many others who make our lives possible in this great city. If you are in New York City on May 9th, look up!

If you are not in New York, follow us on @EUatUN. Information on the Empire State Building, can be found here: http://www.esbnyc.com.

On the 9th of May 1950, French Foreign Minister Robert Schuman presented his historic proposal for an integrated European coal and steel community, indispensable to the maintenance of peaceful relations. This proposal, known as the "Schuman declaration," is considered to be the founding document of what is now the European Union. Each year, the European Union Delegation to the United Nations hosts a celebration to mark Europe Day.

By establishing the European Economic Community (EEC) and the European Atomic Energy Community (Euratom) on 25 March 1957 in Rome, the EU founding fathers laid the foundations for something greater: an ever closer union that binds together the peoples of Europe in peace, prosperity and solidarity through the four freedoms – the free movement of people, goods services and capital.  These treaties brought peace, prosperity and security to millions of people in Europe.

In 2006 Governor Pataki, State New York, proclaimed the 9th of May as Europe Day in the Empire State. #FieldVision | A Lighthouse in the Desert: The Mobile Border Units in Niger