EU Civilian Operations Commander Stefano Tomat looks back on the achievements of 20 years of civilian missions deployed in the framework of the EU Common Security and Defence Policy, and points to the future. 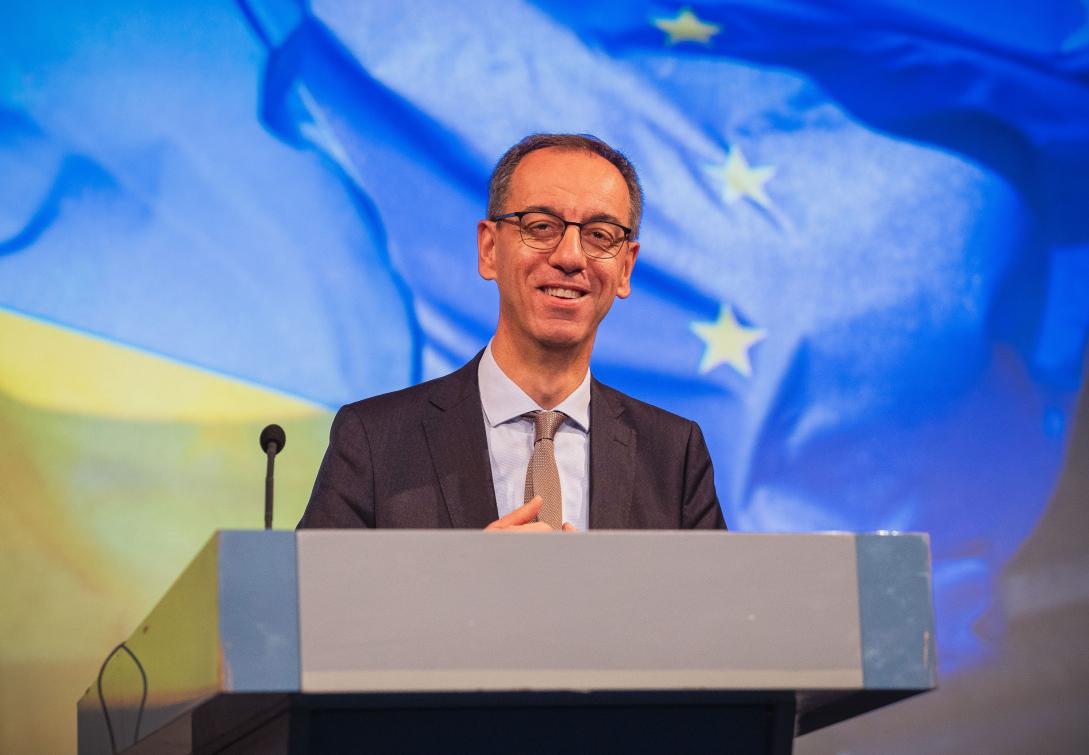 This year marks the 20th anniversary of the launch of the EU’s first civilian crisis management mission, EU Police Mission (EUPM) Bosnia Herzegovina. Since 2003 the EU has deployed 23 civilian missions on three continents to help our neighbours and partners further afield shore up crisis situations. Our missions cover a very broad spectrum of activity from the specialised, such as police training, to the more comprehensive, such as institution building or justice chain reform. Over the last 20 years some 15,000 international and local staff have deployed to fulfil the European Union’s ambition to play a meaningful role as a global security provider, working to stabilise and bolster fragile states based on the sound principle that improved security abroad contributes to European security at home.

The first ever CSDP Mission was a civilian mission. The EU‘s commitment to civilian security in partner states is a tangible manifestation of its distinctive  approach to security which seeks to address the root causes of instability through strengthened and reformed rule of law institutions, as well as targeted aid. We now call it the integrated approach, where the whole of the EU tool kit, diplomacy, targeted funding programmes, and CSDP action are combined to deliver optimum effect on the ground. Back in 2003 the integrated approach concept had yet to be formulated but the significance of the idea was already well understood. And the unique potential of civilian CSDP in that context was evident.

20 years ago we had to start from scratch. There was no precedent or direct previous experience to draw on. An operating framework for civilian missions had to be imagined, a new lexicon had to be invented, a chain of command established. Duty of care towards mission personnel was - and remains - a primary consideration. Although we do everything in our power to mitigate risk for our mission personnel, civilian crisis management in a volatile environment inevitably carries risks, the kind of risk that the EU had not hitherto been exposed to. And of course we had to find the right people with the right skills to do the job on the ground. The successful launch of our first mission owes as much to the dedication and imagination of a small number of EU officials as it does to the vision and commitment of the Member States without whom CSDP is nothing. Together they turned a promising concept into an effective reality.

EUPM, despite the ravages and horrors of the Yugoslav wars, deployed at a time of hope and the expectation of a better tomorrow. The international order was largely aligned and the objective of global stability and peaceful conflict resolution was broadly shared. It was self-evident that a maturing European Union, which embodied these values more than any other global actor, could and should play a leading role in restoring stability on its own doorstep. Overtime four civilian missions have deployed in the Balkans, most with discreet police support mandates. The launch of EULEX Kosovo in 2008 marked a step change for the EU level of ambition both in terms of EU engagement in the Balkans and for CSDP civilian capabilities. EULEX to this day stands out as our most ambitious and comprehensive rule of law mission, and the only civilian mission to have been granted an executive mandate. At its height, EULEX employed three and a half thousand personnel engaged in every aspect of justice reform and law enforcement, working in partnership with Kosovo authorities. EULEX helped to entrench the rule of law in this nascent democracy. Today it continues to play a vital role in the security and stability not only of Kosovo itself but also indirectly of the region as a whole, paving the way for possible future EU accession across the Balkans to the benefit of all Europeans.

From the experience gained with the early missions, the EU understood the need for more permanent civilian CSDP structures. These would enable the EU to project its global security mission further afield and on a surer footing. In 2006, we established command and control guidelines which regulate the role and responsibilities of the individual heads of mission as well as their relationship with the Civilian Operations Commander and the Political Security Committee of the Council, establishing a clear chain of command. A permanent Headquarters for all civilian missions, the Civilian Conduct and Planning Capability that I am proud to lead today was established in 2007. The entry into Force of the Lisbon Treaty provided a further basis to set up a permanent framework for civilian CSDP action: The establishment of the EEAS, which combined Europe’s diplomatic and operational capabilities for the first time, was a pivotal moment for EU integrated action in third countries. In 2013, we adopted crisis management procedures, which ensured more systematic and predictable decision making. And of course in 2016 the EU adopted its first global strategy which provided a comprehensive political framework for the integrated approach to EU foreign policy engagement, including through CSDP.

During the formative years of civilian CSDP, the EU was both bold and innovative, launching missions in different parts of the world with a very wide variety of mandates ranging from disarmament, demobilisation and reintegration to maritime security,  civil aviation security,  border management, police training and justice reform. The variety of these mandates is a testament not only to the versatility of civilian CSDP as an instrument but also of the range of expertise that our Member States have to offer.

It is difficult to pinpoint exactly when the global security environment shifted from largely consensual to one of systemic challenges, but the Russian invasion of Georgia in 2008 certainly marked an inflection point. The EU played a decisive diplomatic role in ending the conflict that had the potential to affect an entire region. The high-level diplomatic effort that ended the war was flanked by the deployment of an EU Monitoring Mission (EUMM) in Georgia to monitor the newly defined administrative border line. The mission deployed in record time. More than 14 years later, EUMM still plays a vital role in ensuring that there is no return to hostilities.

The current war in Ukraine undeniably marks a new chapter for civilian CSDP missions.  For the first time, an EU mission is deployed in a country under sustained attack by another state. In this context, our presence in Ukraine is more necessary than ever. Reform of law-enforcement is now just one of the areas in which the mission can help the Ukrainian state and its people in their hour of need. During the past year, the EU Advisory Mission Ukraine has shown resourcefulness and flexibility, helping with the flow of refugees and the entry of humanitarian aid into Ukraine, as well as providing support to Ukrainian rule of law institutions to facilitate the investigation and prosecution of international crimes. The mission will do more in the future to support Ukraine.

Russia’s devastating war of aggression against Ukraine is a reminder of just how dramatically the global security environment has deteriorated in the last couple of decades. Partners and neighbours on our European flank need our help to deal with the various security challenges triggered directly or indirectly by the Russian invasion of Ukraine. It also reminds us of the ever greater relevance of the internal/ external security nexus and the unique role that our civilian missions, active in third States, can play in that regard.

So what lies ahead for the next 20 years? New missions on our Eastern flank are already under consideration. The Strategic Compass adopted in 2022 gives us a clear sense of direction and a level of ambition for civilian CSDP. We can expect more flexible, scalable and modular missions, faster decision-making, speedier deployments and improved resilience for missions to allow them to withstand the pressures of a more challenging security environment. We can also expect that EU civilian missions will increase cooperation with their military counterparts in EU military missions and Operations as well as with EU justice and home affairs actors such as Europol and the EU Border and Coastguard Force. A new Civilian Compact, due to be adopted by the Council in May 2023, will take stock of our achievements to date and reinforce the capacity of the Brussels Civilian Headquarters and our missions on the ground. Civilian CSDP will be primed to continue to serve the EU’s foreign policy objectives and the security of its citizens in more turbulent times.