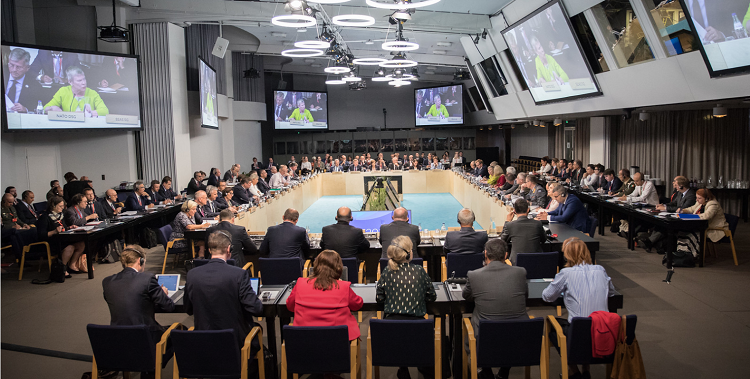 Artificial Intelligence (AI) provides both an economic opportunity where the EU cannot afford to be left behind, and a strategic imperative, given the open competition for technological pre-eminence, which could lead to an arms race between global powers. The rapid development of AI which can be used in weapons systems poses however critical questions regarding the respect of international law and human dignity.

It is in this context that defence ministers from the 28 EU member states put AI on their meeting agenda on 29 August in Helsinki, following an informal discussion which took place in January in Bucharest.

To inform the discussion, the ministers were joined for an informal dinner on 28 August by members of the Global Tech Panel, reflecting the EU's recognition that the challenges posed by AI can only be adequately understood and addressed by a partnership between government, tech actors and civil society.

As EU High Representative Federica Mogherini explained at the press conference: "We invited experts that we gathered already more than one year ago now in the Global Tech Panel, coming from the tech community, business, start-ups, experts... They presented and discussed with the Defence Ministers how Artificial Intelligence and digital developments impact the world of security and defence. This includes the complicated issue of Lethal Autonomous Weapons Systems and the need to have standards and regulations to ensure that their use and application remain fully in line with international law, with humanitarian law, how human beings can keep control at any time and stage of the use of such weapon systems."

The Global Tech Panel members highlighted the implications and challenges of AI and machine learning for all aspects of our life. We are today at the very early stages of AI development, currently reaching 1-2 % of human cognitive abilities. The pace of change is however extremely fast: 90% of currently available data has been created over the past two years. At the same time, AI technology is relatively easy to access and affordable. This offers vast opportunities for human development, but also challenges to ensuring the advances respect ethical principles, and, as the EU advocates, remain firmly under human control.

The EU will continue to play a leading role in advancing international consensus in favour of a global ethical and legal framework for the use of AI in weapons systems.

"The European Union and the Member States have a role to play in helping the global community to shape some form of consensus around these issues that is particularly difficult to achieve, especially in the UN system," said High Representative Mogherini. "We discussed this in the presence of the UN and of NATO, because we want to look for synergies also in this field with our two main partners," she added.

Prior to their dinner with the ministers, the Global Tech Panel met to discuss AI and Lethal Autonomous Weapons Systems, hosted by panel member Risto Siilasmaa, Chairman of Nokia. It was the third Global Tech Panel meeting devoted to this strand of work, following discussions earlier this year in Seattle and Espoo, Finland.