High Representative Josep Borrell to visit Mauritania, Chad and Mali from 21 to 24 April 2021

High Representative / Vice-President Josep Borrell is visiting the Sahel until Saturday 24 April. From Mauritania, Josep Borrell will travel to Chad and Mali. This visit comes in the context of the “civilian and political leap” decided at the G5 Sahel Ndjamena Summit last February, and one day after the European Union adopted its new Sahel strategy. 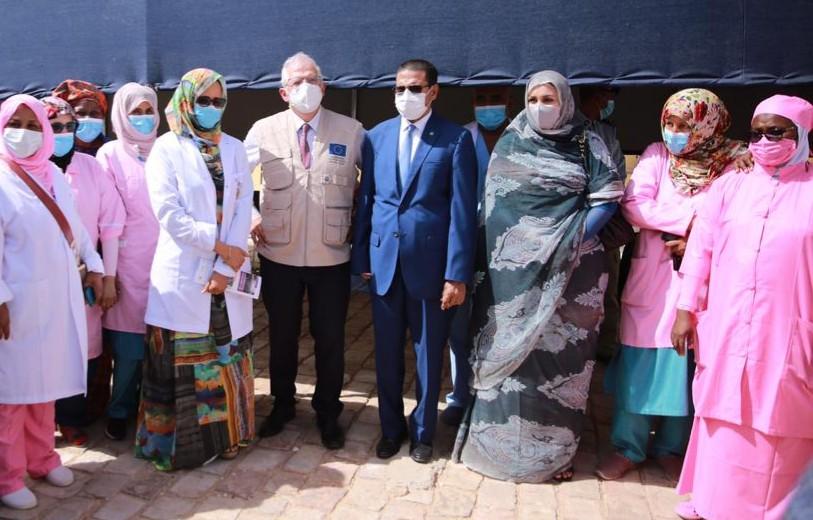 “Despite a particular year marked by the COVID-19 crisis, the Sahel remains high on the European agenda. My visit demonstrates our continued commitment to this region, where stability, security and development are priorities for the European Union. The obligation for results has never been stronger on both sides. The demands of the populations remain, and the expectations are numerous.”

The High Representative has visited Nouakchott, Mauritania from 21-22 April, met the President of the Republic, Mr. Mohamed Ould Cheikh El-Ghazouani, and the Minister of Foreign Affairs, Mr. Ismael Ould Cheikh Ahmed, Mr. Borrell has visited the G5 Sahel Defense College as well as the Mother-Child Hospital and its unit for the care of victims of sexual violence, supported by the European Union.

The new EU Strategy for Sahel affirms the importance of a solid and long-term partnership between the EU and the Sahel, and of stepping up that partnership through an ambitious EU strategy setting the framework for its policies and actions in the region.

There is a need to improve the fight against the impunity of perpetrators of human rights violations, against corruption and for good governance. States’ presence and efficiency are key to gain the confidence of the populations and to create the conditions for a return to peace, stability and development.

The European Union is and will remain a committed partner in the Sahel.