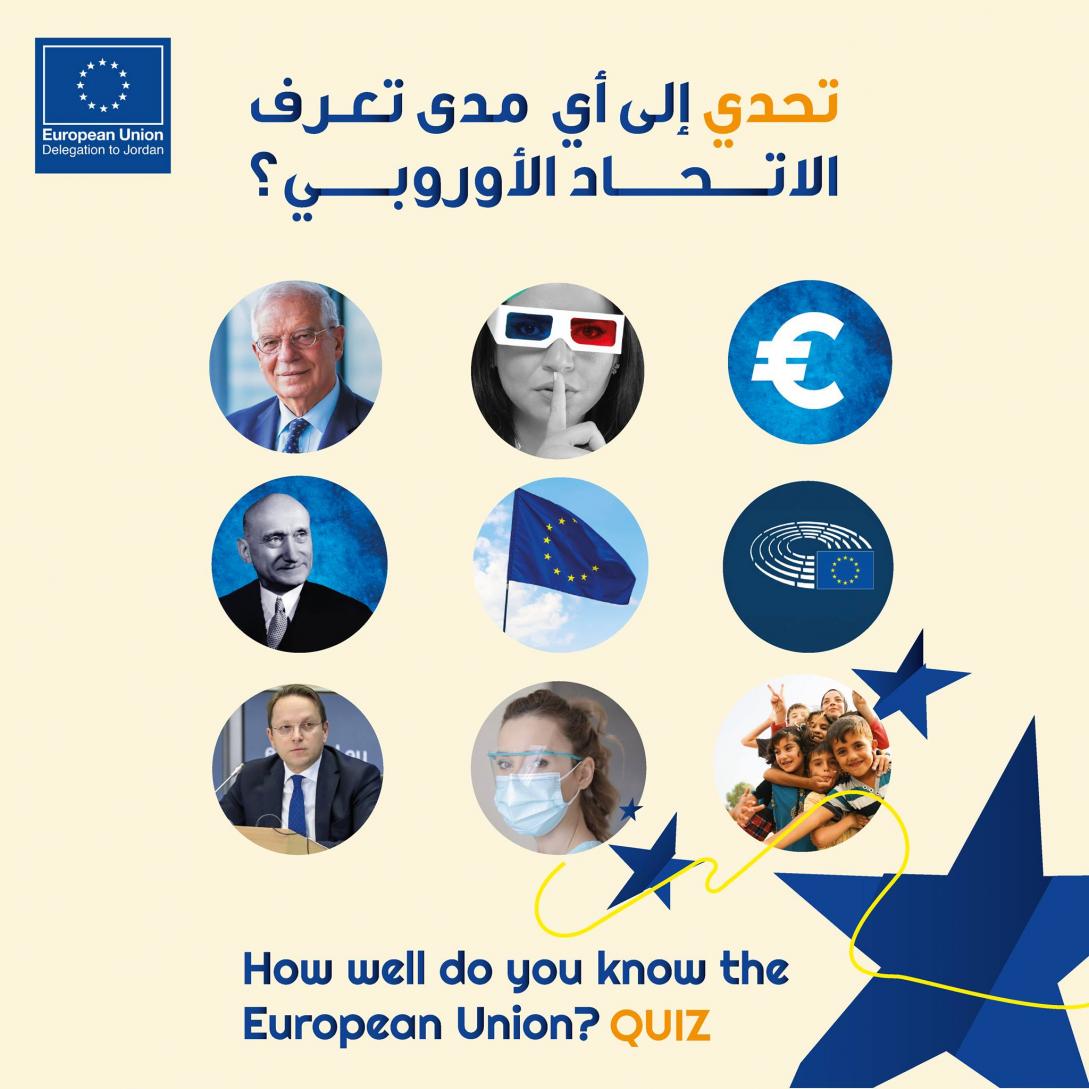 How well do you know the European Union? Our motto, institutions, culture, representatives, currency, official day, response to COVID-19 and to the Syrian crisis.

The European Union in Jordan invites you to test your knowledge on Europe!

Follow our fun & informative quiz series in celebration of Europe Day, running on our social media platforms from 6 till 14 May:

1. The European Union has an official motto that signifies how Europeans have come together in the form of the EU. What is the motto?

2. There are three central legislative institutions of the European Union and are often referred to as the EU's 'institutional triangle'. Which are they?

3. Each year, the European Union organises the longest-running film festival in Jordan. What’s it called?

4. During his first visit to the Middle East in 2020, the European Union's High Representative visited Jordan. What’s his name?

5. How many EU Member States use the Euro (€) as official currency?

6. Every year, Europeans celebrate Europe Day in memory of the Schuman Declaration which is seen as the date on which the building of EU began. When is Europe day?

7. The EU, its Member States and European financial institutions have been responding to the #COVID19 crisis in Jordan with humanitarian and resilience support. The contribution amounts to EUR 841 million so far. What’s this collective effort called?

9. The European Union stands shoulder to shoulder with the people in Jordan affected by 10 years of the Syrian crisis. EU’s aid to the region happens through a single and flexible instrument. What’s it called?